'You get a car!' Zuma does an Oprah on his birthday

By David Gernon And Naledi Shange 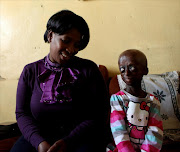 Tragically‚ she died Tuesday night of progeria‚ a disease that causes rapid ageing.

Zuma had promised her a car for her 18th birthday. Making good on his promise‚ the president instead gave the car to her grieving mother.

“I agreed to buy her mother a car and house when we met last month‚” he said‚ speaking in IsiZulu.

“We had already bought the car and she was meant to receive it today. Her mom will still get the car and house.”

The grieving mother‚ whose birthday was also on Wednesday‚ then came out on the stage to applause from the crowd.

“We mourn with you‚” Zuma said. “And we will build your house as promised.”

The gift came about halfway through Zuma’s hour-long speech‚ in which he spoke about his life‚ current struggles and his future. The speech capped a night of raucous festivities‚ honouring the president on his 75th birthday.

Despite the anti-Zuma marches earlier in the day‚ the embattled president was seemingly in a good mood‚ cracking jokes and brushing off calls for him to step down.

“Stress is a white man’s disease‚” he said. “That is why there is no word for it in IsiZulu.”