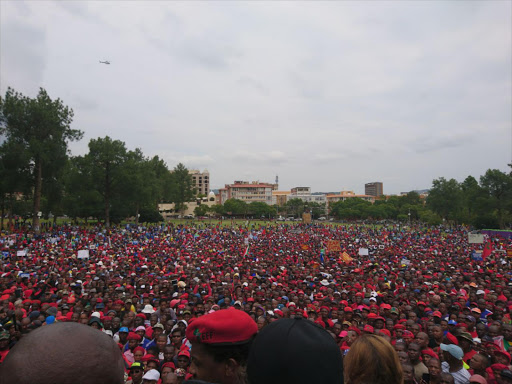 The march of opposition parties to the Union Building has been compared in stature to the funerals of Black Consciousness leader Bantu “Steve’ Biko and former SACP general secretary Chris Hani.

Azanian Peoples’ Organisation (Azapo) President Itumeleng Mosala‚ addressing the large crowd of marchers‚ said he last saw a gathering as large as the one organised by opposition parties at the funerals of Biko and Hani.

The comparison follows the commemoration of Hani’s assasination 24 years ago on Monday and five months until the 40th anniversary of Biko’s death.