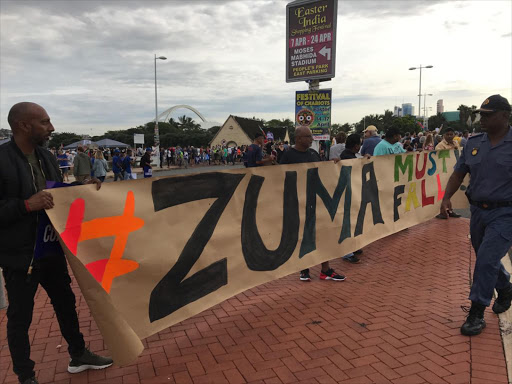 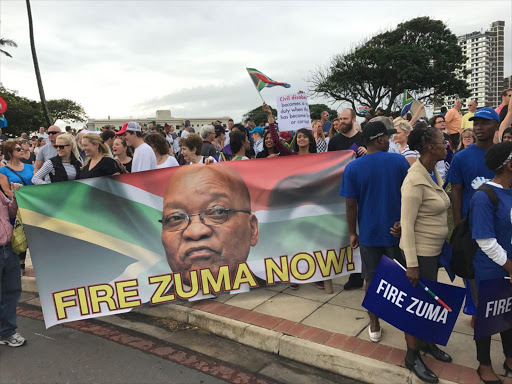 Opposition parties are planning to step up their campaign to have President Jacob Zuma removed from office with a National Day of Action on Wednesday.

The parties — the African Christian Democratic Party‚ African People’s Convention‚ Congress of the People‚ Democratic Alliance‚ Economic Freedom Fighters‚ Inkatha Freedom Party and the United Democratic Movement – will march to the Union Buildings on Wednesday to demand that Zuma step down.

The march will start from Church Square in the capital at noon.

The parties said on Saturday that Zuma’s careless Cabinet reshuffle of four Finance Ministers in three years has plunged the country into “junk status”.

“International ratings agencies have downgraded South Africa and this will lead to high interest rates levied on home‚ car and student loans‚ to high food prices and to a bigger fiscal debt‚” they said.

They also charged that Zuma had used an “unsubstantiated and bogus intelligence report” to remove a competent Minister and Deputy Minister of Finance‚ and replaced them with under-experienced yes-men. This meant he used state security agencies to fight political battles‚ they asserted.

“Zuma’s Cabinet reshuffle was not in the best interests of the country in that it protected and rewarded incompetent ministers who have rendered state institutions into disarray like Faith Muthambi (SABC) and Bathabile Dlamini (social grants redistribution)‚” the parties added.

They reminded the country that the Constitutional Court had found that Zuma had “acted illegally‚ unlawfully and failed to uphold‚ defend‚ and respect the Constitution in that he disregarded the Public Protector’s remedial action on the Nkandla corruption”.

“Because this is a violation of the Constitution and his oath of office‚ Jacob Zuma is not eligible to be President of South Africa under a Constitutional democracy and Constitutional supremacy.”

Tens of thousands of South Africans took to the streets countrywide on Friday to demand that Zuma step down as president.