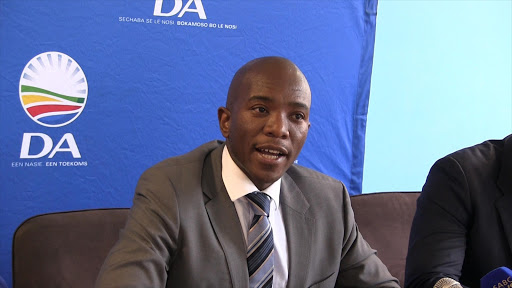 Maimane told reporters on Friday morning at the O.R Tambo International Airport that Zuma lacked the prerequisite skills to understand the effects of reshuffling his cabinet at a time where the South African economy was stagnant.

“Firstly‚ the [fact] that rand has reacted in a manner [confirming] our case that the actions by the president are irrational and despite the provision about prerogative‚ this will plunge our economy into a very difficult space.

“This is the irony of South Africa that we are dealing with and the difficultly is that when you have leadership that is not economically literate as Jacob Zuma is… that fails to understand economic consequences‚ these are the natural effects of it‚” said Maimane.

His remarks come as Zuma made 20 changes to his Cabinet late Thursday night. Some ministers have been axed‚ while others have moved to new portfolios. Zuma released a statement saying that he had decided to make changes to the National Executive in order to improve efficiency and effectiveness.

This follows meetings in which Zuma informed the ANC’s top five members and officials of the South African Communist Party‚ which is allied to the ruling party‚ that he planned to fire Gordhan because he was blocking his policies.

On Monday‚ Zuma ordered the finance minister to cancel meetings with investors this week in London and the US and return home‚ causing the rand to plummet.

Maimane said this was a bad decision.

“We think that the decision is irrational in the first place. Let’s restore the stability of our currency and our economy and ensure that we are heading in the right direction. My remarks are that Pravin should remain in his portfolio‚” added Maimane.

Sunday Times Business reported that the rand gained against the dollar‚ strengthening as much as 1% and was at 12.9241 by 9:33 a.m. on Thursday. The yield on the benchmark 10-year rand bond fell for the first time in six days.

Maimane said he did not want to comment on the appointment of the new Finance Minister Malusi Gigaba. “I have no remarks for Malusi Gigaba in this instance because I think it’s wrong... anyway to remove minister Pravin Gordhan.”