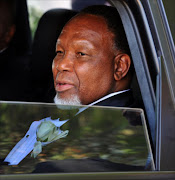 Motlanthe said artists tend to have a far wider reach than political parties.

“Thus‚ it is ill-advised for governing parties to expect artists to pledge personal support to them so that they put their craft at the service of narrow party ends‚” he said.

The ANC has often used endorsements from singers in their election campaigns and often ask of those who played a role in the struggle against apartheid to campaign for the party.

The event sought to honour the living legends‚ who are also active members of the branch.

Kgositsile is South Africa’s National Poet Laureate‚ Serote is a struggle veteran and author of several novels‚ poems‚ essays and plays‚ and Langa is an author who received the National Order of Ikhamanga in Silver for his literary and journalistic contribution to democracy in South Africa.

Motlanthe focused his 30-minute speech on the contribution that these literary giants made to the political struggle as well as society in general.

“I myself often admire and look up to the creative spirit of these luminaries in the field of the arts‚ and draw inspiration in my corner of the world‚” he said.

Motlanthe said within the ANC‚ the three “comrades” never failed to serve the ANC branch in any way they could‚ later saying that the trio did not see themselves as too big for branch participation.

“If ever there were well-rounded cadres of the movement‚ these legends fit the bill‚” he said.

He further noted: “Let us remember‚ the struggle continues. In each historical age we enter‚ there will always be a sore need for poets‚ novelists‚ sculptors‚ actors‚ stage actors‚ playwrights‚ and many other artists‚ to make us think about the way we think about our lives‚” he said.

Kgositsile‚ Serote and Langa thanked Motlanthe and the branch for honouring them.