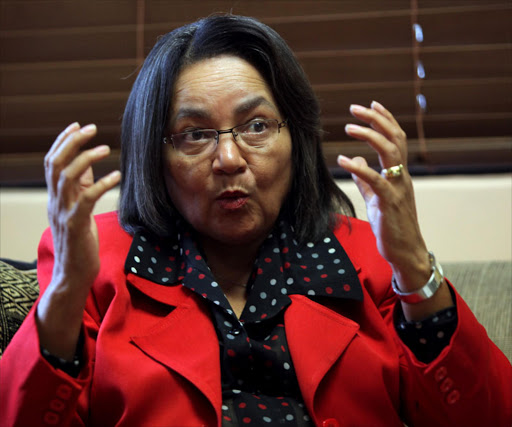 Seven-storey buildings are part of the answer to the housing crisis in Imizamo Yethu‚ where 4‚000 shacks burnt down a week ago‚ says Cape Town mayor Patricia de Lille.

After visiting the Hout Bay township on Saturday after returning from a trip to the US‚ De Lille said she would meet community members next week to ask them to rethink the duplex design of 956 homes the city council began building in Imizamo Yethu in February.

“If they give us the consent to build more densely by adding five more storeys‚ we will be able to accommodate even more beneficiaries‚” the mayor said.

“The city has also recently purchased land in Philippi which will also accommodate those residents who are willing to move. This area will be an incremental development area‚ which means that they will be given serviced plots.”

De Lille said agreement had been reached with most community members on “reblocking” the mountainside settlement “so as to prevent another situation where emergency services cannot access them and bring them to safety”.

She said the redesign would include firebreaks and pedestrian walkways‚ and provide access to basic and emergency services.

“The process of issuing emergency building kits starts on Monday‚” she said. “Components of the city’s building kits have been treated with fire-resistant substances in an effort to move away from the highly flammable nature of normal wood and other materials used in the construction of structures.

“The city’s registration process is also being done to ensure that all assistance go to the genuine fire-affected persons.”

De Lille said the city council was going to court on Saturday to apply for an urgent interdict to stop residents seizing land and building homes.

“It flies in the face of the majority of the residents who are patiently waiting to rebuild in the standard‚ demarcated and serviced plots‚ starting from Monday. I am making a very strong appeal to those who are not working with us and the majority of the community to consider the thousands who have been affected in the spirit of ubuntu.”