Durban man suffers severe burns after explosion in his garage 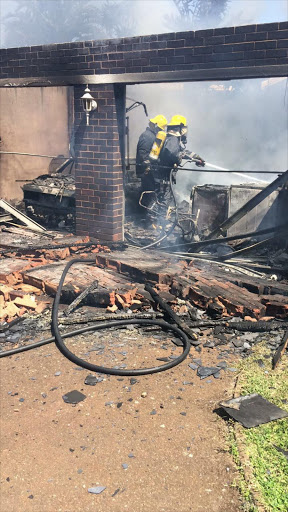 Caption: A Durban home was wrecked by fire on Thrusday. Picture Credit: Netcare911

A Durban man suffered severe burns after an explosion in his garage on Thursday.

Netcare911 spokesman Chris Botha said the man was changing a filter in his car when the explosion happened at his home in La Lucia‚ north of Durban.

“Exact detail to the cause of the explosion‚ however‚ will form part of an investigation‚” said Botha.

Paramedics found the house and garage engulfed in flames when they arrived.

Botha said the man had 40% burns to his body‚ while an 80-year-old woman had suffered from smoke inhalation.

They were stabilised and taken to a local hospital for treatment.