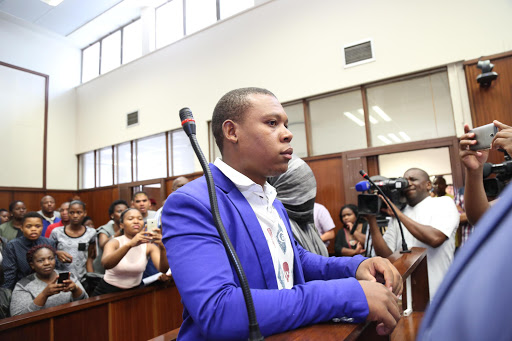 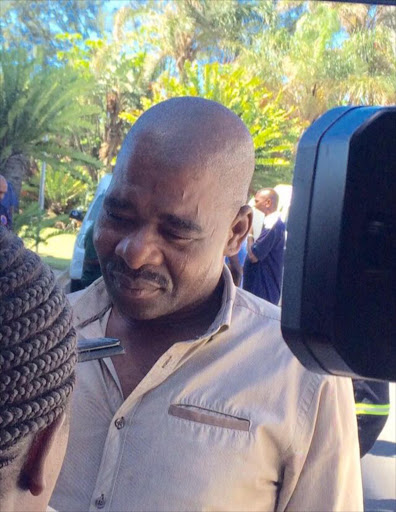 The man charged with the abduction of baby Siwaphiwe Mbambo is hoping a paternity test will get him off a charge of kidnapping.

Court proceedings were adjourned on Monday so Phumlani Mbokazi could undergo a DNA test which he claims will show he is the biological father of the month-old infant‚ who was kidnapped in a what police say was a staged hijacking in Durban on Friday.

The abduction spawned the hashtag #BringBackDurbanBaby as South Africans shared their dismay at a baby being kidnapped‚ and led to a massive police operation involving officers‚ vehicles and even aircraft.

Mbokazi‚ 26‚ and the baby’s mother‚ married primary school teacher S’bongile Mbambo‚ 35‚ appeared briefly before magistrate Mahomed Motala in the Durban Magistrate’s court on Monday on charges of defeating the ends of justice and kidnapping.

The baby‚ who has been given a clean bill of health‚ is being cared for by social workers at a Durban place of safety.

Mbokazi’s lawyer Andile Dakela told the court that by consent with prosecutor Nkosingiphile Manqele‚ his client would surrender DNA samples for a paternity test.

Motala postponed the matter to Wednesday for the results of the test.

Addressing media after the adjournment‚ Dakela said‚ “We need to determine who the father of the child is. My client believes the child is a product of his relationship with the mother and if he is the father he cannot have kidnapped his own child. That charge will fall away”.

Dakela said Mbokazi also believed strongly that baby Siwaphiwe’s life was in danger‚ but did not elaborate.

Mbambo’s husband‚ Christopher‚ refused to comment on the DNA testing and the possible identity of the baby’s father‚ rebuffing journalists outside court before lashing out at a cameraman.

Mbambo initially told police she and her eight-year-old son had been forced out of their white Toyota Yaris at gunpoint by two “hijackers” near the City View shopping centre in Greyville.

The recovery of the car hours later‚ undamaged with only the baby and her nappy-bag missing‚ fuelled the doubts of seasoned detectives.

Sources claim a break in the case came when Mbambo‚ under intense questioning by detectives‚ revealed her secret affair.

Armed with the identity of her lover‚ detectives began a search and eventually closed in on him as he was returning to Durban with the baby at about midnight on Saturday.

After a high-speed chase near the Marianhill toll plaza‚ Mbokazi was arrested and a wailing Siwaphiwe was recovered from the vehicle.

Also in the vehicle was Mbokazi’s girlfriend‚ who was detained but has not been charged.

Makhapha Lower Primary School principal Khethe Chili told The Times on Monday that staff at the Inanda school were shocked to learn about the incident.

He said Mbambo was a foundation phase teacher at the school and was on maternity leave at the time of the incident.

“I have submitted a report to the Mafukuzela-Gandhi Circuit but we have been warned not to comment on this matter because it’s personal and has nothing to do with her professional life as a teacher‚” said Chili.