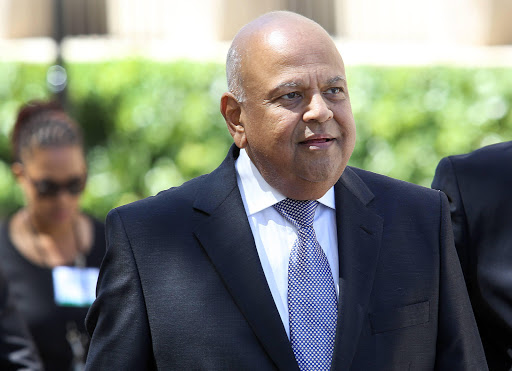 Finance minister Pravin Gordhan assured Parliament that social grants will be paid on April 1 saying that between “the executive‚ the judiciary and the administration” a solution would be found within days.

The matter of the contract to pay out 17 million social grants will be heard in the Constitutional Court on Wednesday.

Gordhan told the Standing Committee on Public Accounts on Tuesday that negotiations with current service provider Cash Paymaster Systems (CPS)‚ held between March 1 and 3 had been declared “null and void” by a ministerial task team headed by Minister Jeff Radebe because they had been conducted without a deviation approved by Treasury.

He said that a request for deviation to start an entirely new contract with CPS had been received on Monday and Treasury was “applying its mind“.

The Treasury declined a request in February for a deviation which attempted to extend the current contract‚ which was declared invalid by the Constitutional Court in 2014‚ and which expires at the end of March.

But Gordhan assured the committee that a solution to the crisis‚ which he stressed should be temporary to allow for proper procurement processes to take place‚ was on the horizon.

“Our objective is to ensure that our higher duty to the South African public is executed and as far as possible‚ within the current framework of the law. Where that framework might be constraining‚ then we must get the courts to agree with us that as a temporary measure‚ certain things have to be done. So‚ a combination of the political process and the judicial process within the next five‚ six days‚ hopefully will give us absolute certainty about the payment‚” he said.

He said a new technical team had been appointed and there was “no immediate urgency even in the next week” as the funds for payments would only need to be transferred three working days before April 1 in order to be paid into the accounts of grant recipient on time.

But he said “a lot will depend on the ConCourt judgement.”

Several MPs on the committee expressed disdain for CPS and its parent company Net1‚ particularly around deductions from social grants and the question of who legally held the private information of grant recipients.

Committee chair Themba Godi said it “boggles the mind” how any “self-respecting South African” could support CPS “especially those who say they fought for freedom.”

Gordhan would not be drawn to comment on the company and its behaviour but encouraged shareholders to “ask tough questions” of the company which appeared to show disrespect for the government and ask “is that the conduct they want to identify themselves with?“.

Gordhan also took a swipe at politicians becoming involved in the process saying “politicians should keep their noses out of procurement“.

He also told the committee that while Treasury had “teeth” with which to act against certain attempts to drain the public purse “when we use our teeth‚ the other narrative starts about Treasury this‚ Treasury that“.

He said “sloganeering“was part of an objective to weaken the Treasury.

“It takes a tremendous amount of integrity and courage to just show the teeth‚ let alone use the teeth” he said of Treasury officials.

Gordhan said it was not difficult to do the right thing “if we all just follow the law“.

“It’s not a question of whether you understand the law‚ it’s whether you want to abide by it‚” he said.?