‘Without foreigners‚ South Africans would be poorer‚’ IRR report says 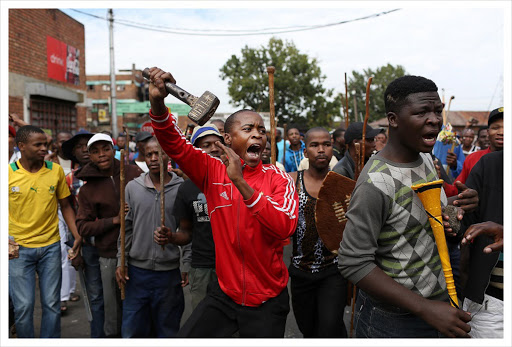 If xenophobic attitudes escalate and foreign traders are shown the door‚ South Africans are the ones likely to suffer.

This idea is explored in a research report‚ titled South Africa’s Immigrants – Building a New Economy‚ released by the South African Institute of Race Relations (IRR) on Monday.

The report’s author‚ Rian Malan‚ interrogates which foreigners come to South Africa‚ why they come‚ how they come and what we can learn from them.

He found that most refugees and immigrants who enter South Africa seeking a better life are able to achieve this.

“These people arrive in South Africa with black skins and next to no money. Yet they manage to make economic headway in a way that raises questions about the central belief that white monopoly capital and its hegemonic power makes it impossible for black people to make progress‚” Malan said.

“The chief reason [foreign traders] are successful is because they work incredibly hard.”

In three case studies‚ Malan unpacks some of the experiences of immigrants and their impact on the South African economy.

Malan said that foreign immigrants‚ who make up 11% of the country’s working population‚ make a huge contribution to the economy.

“What do we get from foreigners? We get low prices and convenience. If we take them out of the equation‚ I would argue all South Africans are going to be poorer.”

Foreigners also fill up the pockets of their South African landlords‚ Malan said.

“If 80% of spaza outlets in South Africa‚ that’s 80 000 shops‚ are now being rented by foreigners‚ who are now paying rent to the South African owners of the building‚ how many billions does that add up to in a year?”

Malan acknowledged that‚ in many cases‚ being undocumented gave foreign traders a competitive edge over their local counterparts‚ but said there was little stopping South Africans from tapping into the same networks to source cheap goods.

The IRR is advocating for the government to reconsider labour and business policies to allow South African entrepreneurs some of the freedom from bureaucracy foreigners enjoy by being off the books.

Malan said stimulating entrepreneurship was key to turning around the struggles of poor South Africans.

“South Africans tend to look at the government to create opportunities on their behalf – the very idea is antithetical to entrepreneurship.

“If the ANC is to turn South Africa into a ‘nation of entrepreneurs‚ not job-seekers’‚ policy makers can learn from the example of immigrants to boost entrepreneurship‚ economic growth and job creation by making tender processes transparent‚ awarding contracts to the lowest bidder‚ and allowing the winners to sink or swim in the real world.”