Dlamini is the ugly face of government arrogance - and she's proud of it, too 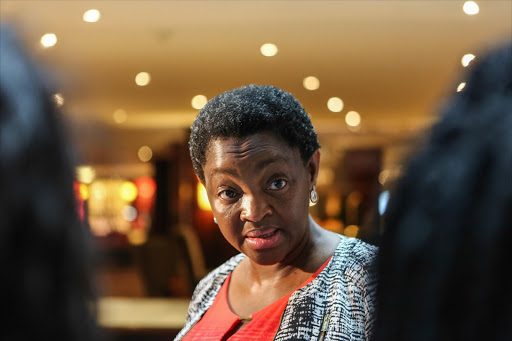 Bathabile Dlamini is the ugly face of political arrogance, a grotesque embodiment of pure incompetence. Her attitude stinks.

For more than two years, she did nothing to implement a Constitutional Court judgment that declared a contract her department signed with Cash Paymaster Services (CPS) illegal.

It is obvious Dlamini ignored the court to create a situation where only CPS could renew their contract. This is what fuels allegations that she received a fat bribe from CPS.

How else are we to explain her determined defence of a deal between a black government and a white-owned foreign company when the same government claims to fight "white monopoly capital?"

The way Dlamini is being defended by her boss, President Jacob Zuma, makes it hard not to suspect that Zuma himself has benefited from the deal.

Dlamini's expectation that we must all shut up when she acts illegally, and when our grandparents face the possibility of going hungry, is the most putrid form of political arrogance, characteristic of African liberation movements drunk on power. Their ministers believe citizens have no right to question the actions of governments.

Dlamini's response to public anger was that we are being manipulated by people bent on discrediting the ANC. This is an insult to the collective intelligence of all South Africans who care about the plight of their vulnerable relatives.

So arrogant is Dlamini that she appeared before Parliament's Standing Committee on Public Accounts (Scopa) essentially to tell Scopa why she cannot account to parliament.

Dlamini is so proud of her arrogance she hired a spokesperson who specialises in dishing out unspeakable insults.

We are not dealing here only with a case of political arrogance; there is also a miasma of incompetence. In civilised governments ministers know that when they address a press conference, they are talking to the public, not to journalists.

Our ministers, who are plucked raw from the street, don't know this simple rule. Dlamini huffed and puffed against journalists at a press conference. The public was treated to the ugly image of a stupid minister who lost her mind and began tumbling like a headless chicken.

When our children see Dlamini screaming and grimacing on TV, they wonder what kind of madness has seized our supposed role models. Parents are left with the impossible task of explaining to them that Dlamini is an aberration, part of a group of politicians who are not sober.

What emboldens ministers to be so arrogant ?

Only ministers from a political party that expects to rule until Jesus comes back display Dlamini's kind of arrogance.

In her mind, she is absolutely certain the ANC will not lose power. The only person she worries about is not the voter, but her boss in cabinet.

Dlamini knows that nothing happened to Zuma himself when he was found to have violated the constitution . Parties that are not sure if they will return to power in the next election are quick to fire ministers who offend the public.

By not acting against incompetent ministers like Dlamini, the ANC is saying to voters, "You shall vote for us, whether we insult you or not!"