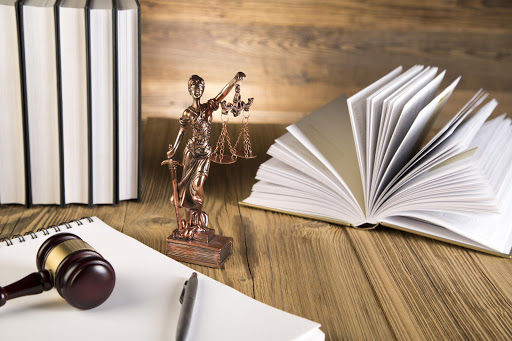 The Johannesburg Labour Court has upheld the dismissal of a University of Venda lecturer who attempted to pressure female students into sex in exchange for marks‚ describing a decision by an arbitrator from the Commission for Conciliation‚ Mediation and Arbitration (CCMA) to set it aside as “grossly irregular”.

Life Reuben Maluleke‚ then a senior lecturer in the university’s school of management services and a part time lecturer in its law school‚ was fired in January 2012.

This followed a disciplinary process in which Maluleke‚ also a member of the university council and the general secretary of the joint staff organisation‚ was found to have sexually harassed the three students in 2010.

In the judgment handed down by Judge AJ Snyman‚ a sleazy tale emerged of unwanted groping and kissing as well as attempts to pressure students into sex in exchange for better marks.

It revealed how Maluleke told a female LLB student identified only as T. that there was no way she could pass the course as she has plagiarized work. “[Maluleke]‚ however told T. that he could arrange for her to pass the course if she paid him ‘with her body’‚” the judgment reads.

“T. was shocked at the suggestion‚ but said to the first respondent that she ‘would think about it’. T. then left and immediately told [a friend] what had happened.”

On another occasion Maluleke‚ “proceeded to pull T. towards him‚ grabbed her buttocks and kissed her. T. reacted by pushing the first respondent away‚ and moved away. T. again told her friend… what had happened”.

Two other incidents involving female law students who were put under similar pressure by Maluleke were detailed in the judgment.

On 18 November 2010‚ the three filed a group complaint of sexual harassment against Maluleke‚ who denied the charges. He was fired on 27 January 2012 after what the judgment described as “comprehensive disciplinary proceedings… before an independent chairperson”.

After a failed appeal‚ he pursued the matter as an unfair dismissal dispute to the CCMA.

According to the judgment‚ arbitrator Christopher Mannde found that Maluleke‚ “had indeed conducted himself towards T. as reflected in the charges raised‚” but “that this conduct did not amount to sexual harassment”.

Mannde also acquitted Maluleke of the charges levelled by the other two students and directed the university to reinstate him with 12 months’ back pay.

The university took the ruling on appeal to the Johannesburg Labour Court where the matter was heard on September 12‚ 2016. Judgment was delivered on February 28‚ 2017.

Judge Snyman was withering in his opinion of Mannde’s arbitration ruling‚ describing it as “grossly irregular‚ and outside the bands of what may be considered to be a reasonable outcome”.

After setting the ruling aside‚ Snyman said he saw no reason to refer the matter back to the CCMA.

“All the required evidence has been led and is on record… I have all the evidentiary material available before me so as to enable me to finally determine this matter.

“A further consideration is that one would not want to put all three complainants‚ who have now clearly gone on with their lives and have fledging careers‚ to be put through the trauma of testifying about these events again.”

He found that Maluleke had sexually harassed all three‚ adding‚ “It is the kind of conduct that is a scourge in the workplace and must be rooted out of existence”.

Snyman ruled that Maluleke’s dismissal was “substantively fair” and ordered him to pay the university’s costs.