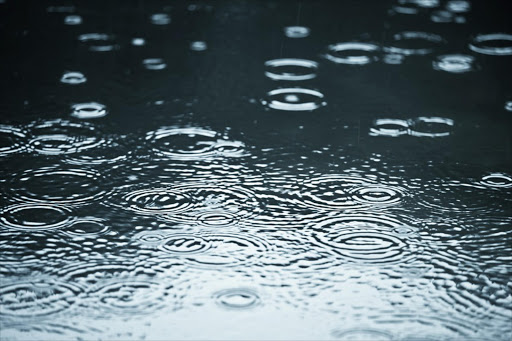 Close-up of a puddle with rain drop ripples - Stock image

The body of a young girl‚ believed to be the teenager that went missing during heavy rains in Johannesburg‚ has been found.

At least one other person has died. A car crashed during the deluge. Rescuers were told that a child had been washed away‚ initially thought to be a young boy‚ in Elias Motsoaledi Road in Dobsonville‚ Soweto.

On Friday the search for 16-year-old girl‚ Dikeletso Matsheletja‚ resumed after being interrupted by rain. The body of girl‚ whose age has not yet been confirmed‚ was found in the afternoon.

The City of Johannesburg extended its condolences to Dikeletso’s family‚ but police spokesperson Captain Kay Makhubela said the body has not yet been officially identified.

“A girl between 10 and 12 years was found in Mofolo along the river. We will confirm the age as soon as we get the birth certificate‚” he said.

Uncle Martin Dlomu said the family believed the body to belong to Dikeletso. “It’s so painful. It was the community that managed to find her. What can we do? God knows why it happened.”

Dikeletso’s father‚ Paul Dlomu‚ and other family and residents were among those searching for her. Before she was found they said they refused to give up and hoped to see her again.

“We still have faith that we will see her again‚ alive‚ in this world‚” Martin had said.

Dikeletso was swept off a muddy path and down a fierce steam on her way home from school on Thursday afternoon. According to her uncle she tried to jump the stream but fell in and was carried off in the current.

“Witnesses on the scene said there was a person who tried to grab her but the water was too strong for that person‚” Martin said.

Family members were knee-deep in water searching for Dikeletso in a canal locals call Kwezi Bridge. Earlier on Friday they had found a school bag believed to be hers.

“Her mother is at home now. She cannot take it. We are trying to calm each other as the situation is above our heads. People in the community‚ where my brother stays‚ they came yesterday and they helped us to pray together‚” Martin said.

Dikeletso lived with her family in Bramfischerville‚ Soweto. Her uncle described her as a bright girl with a bright future.

“She was a bright girl. She used to sing at church. She was so gifted really. We wanted to see her prosper in life. We expected a lot of things from her.

“We believe in God so much. Wherever she is the angels are looking after her. God himself is protecting her‚ wherever she is‚ because he’s the one who brought her into this world‚” he had said before she was found.

The City of Johannesburg said social workers have been dispatched to the scene to support the family.