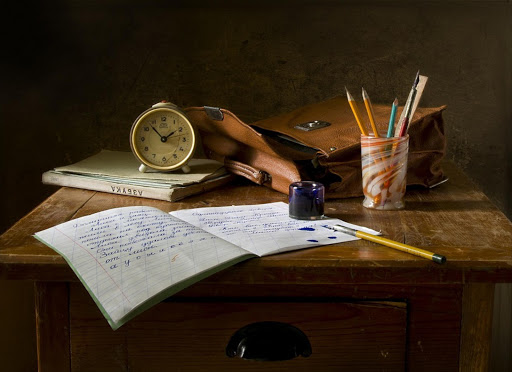 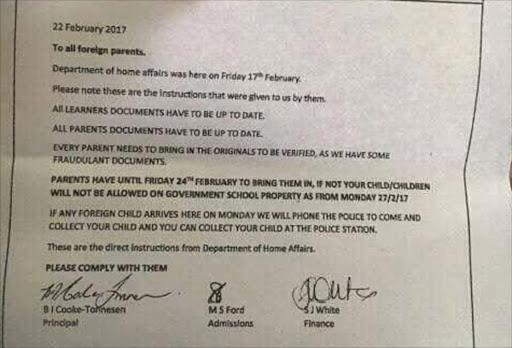 An Edenvale‚ Ekurhuleni school governing body has apologised for a letter that threatened to take immigrant pupils without valid paperwork to the police on Monday.

The Eastleigh school’s letter suggesting it would not educate undocumented foreign children led to outrage on social media.

The governing body on Sunday called the letter “unfortunate” and said it “unreservedly” apologised for any hurt the letter may have caused.

It said steps to ensure “this regrettable incident doesn’t occur again” had been put in place.

But the apology has not quelled criticism from people posting on the school’s Facebook page. A post said the principal should be fired.

Home Affairs Minister Malusi Gigaba said on twitter on Friday that he had issued no instruction to take undocumented foreign children to the police station.

But Home Affairs officials did acknowledge that its staff had been at the school on Friday to view the documents of immigrant pupils the school believed to fraudulent or expired.

Head of the governing body Graeme Stratton said in his apology the school had to follow immigration laws when admitting foreign children.

Stratton asked parents whose documents were “not in order” to cooperate with the school in sorting out the paperwork. He acknowledged that “compassion” was needed in dealing with immigration matters.

He said the letter issued by the school administration was “unfortunate and in no way reflects the school’s culture and history of being multicultural and multiracial.”

Foreign nationals have been on edge after the looting of foreign shops and an anti-immigrant march through Pretoria on Friday in which locals blamed foreigners for drugs‚ crime and prostitution in parts of Pretoria and Atteridgeville.

Writing on the school’s Facebook page‚ Anna Majavu was angry at the apology. She said it was the school’s job to educate children‚ not to “round them up“.

Majavu said: “Your absolutely horrible letter is unlawful and this response is even worse. It is not your work to do the job of immigration officials and round these children up. Schools are not obliged to round up undocumented children under the guise of “adhering to the applicable legislation“.