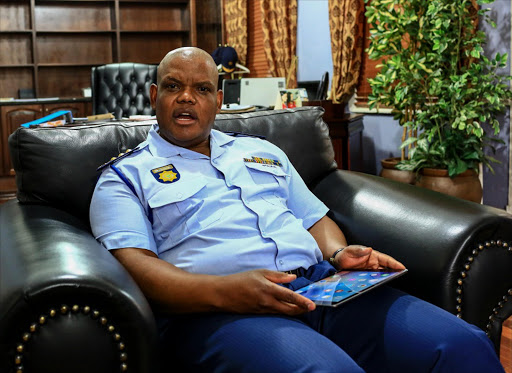 At the Labour Court, the police's legal representative Paul Kennedy slammed the golden handshake proposal as "preposterous", according to the judgment delivered on Friday.

In November, Seemise and Ngesi asked the Labour Court to suspend Phahlane's plan to discharge them, but the parties reached a settlement and agreed to enter into negotiations.

During the negotiations the two former generals submitted a settlement proposal that Seemise be paid about R23-million and Ngesi nearly R21-million, or both their R75209 monthly salaries until they reach the retirement age of 60.

Sowetan has seen the proposals.

On Friday, Labour Court Judge Edwin Tlhotlhalemaje dismissed Seemise and Ngesi's latest bid to declare the November settlement null and void and that their discharge was in breach of the Labour Relations Act.

"The discharge of the applicants effectively took place on February 1 2017, and by February 2 2017 when they approached the court, there was nothing to suspend or interdict," the judge said.

Phahlane officially discharged Seemise and Ngesi earlier this month claiming their positions were no longer on the new SAPS organogram.

They were first notified of the discharge in October after SAPS approved a new organisational structure that did not have their positions.

Phahlane's new structure had one major-general, and Seemise and Ngesi's lawyer acknowledged that both did not qualify for the recreated position, according to papers filed at the Labour Court in Braamfontein, Johannesburg.

However, they disputed the claim they refused alternative placements in SAPS.

SA Policing Union president Mpho Kwinika said they would be meeting one of the generals who is a member of the union.

Last year, two police generals - Godfrey Lebeya and Leah Mofomme - axed by Phiyega, were awarded damages after their dismissals were declared unlawful, unfair and set aside by the Labour Court.