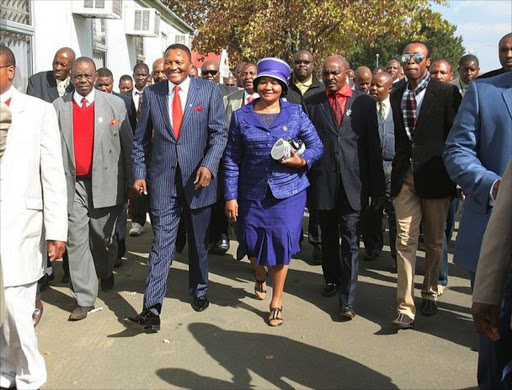 Claims that late bishop of the International Pentecost Holiness Church (IPHC) Glayton Modise was poisoned and killed by one of his wives have ended in court.

These shocking allegations have been laid bare in court papers in which Modise's first wife Mirriam, is suing the late church leader's second wife for defamation.

According to court papers filed by Mirriam and her son Tshepiso, they allege that Modise's second wife, Pearl Tafu, had been spreading rumours that they poisoned and killed the Comforter, as Modise was known in the IPHC.

As a result, the pair had launched two separate lawsuits in which they demand a combined R4-million from Tafu and another woman.

Court papers show that Tshepiso was demanding R1-million from Tafu, with his mother asking the South Gauteng High Court to help her squeeze the same amount from Tafu as well, to clear her good name and reputation.

In her affidavit to the court, Mirriam was also disputing the marriage between her late husband to Tafu, effectively labelling her a nyatsi.

Click here for the full report on Sunday World