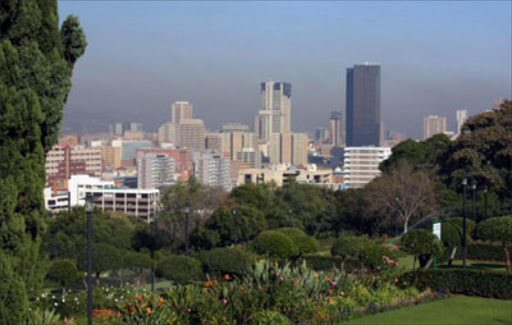 Resorting to a gritty legal fight, informal traders at a busy train station in Mamelodi, east of Pretoria, have forced the "intimidating" Tshwane metro and a mall developer to talk to them.

The Denneboom station hawkers are embroiled in a battle against the City of Tshwane and Isibonelo Property Services at the North Gauteng High Court in the capital city.

As Isibonelo seeks to start building the R850-million Tshwane Regional Mall at their trading area, the hawkers fear they will be left with no other means to support their families.

Their urgent application to compel Tshwane metro to restore water, toilets and electricity to their stalls was to be heard yesterday.

But the parties arrived in court to inform the judge they had finally agreed to meet later today and discuss the matter.

Louise du Plessis, from Lawyers for Human Rights (LHR), which represents the hawkers, said they were going to the meeting to hear the city's plans for the traders. Attempts by the hawkers to get this information over the past four years drew blanks, she said.

"If we get access to that information and our clients are happy, then the issue will be resolved. They want to continue trading, that's all they are trying to protect."

The disconnection of water, electricity and ablution facilities at the stalls in December was tantamount to "constructive eviction", she said. "They are trying to make it impossible for the traders to continue trading."

Mary Choma, chairwoman of the traders committee, said a council official gave them a 24-hour notice to close shop on December 1 .

"He said to us 'you'll see you'll move, like it or not'. It was serious intimidation," she said.

"When we said let's talk about this thing, he said 'no, I'll talk to you when you're sober'."

Before this encounter, the hawkers tried for four years to get clarity about their future from the metro.

"We were hearing rumours and we asked the City of Tshwane about them.

"But there was no correct answer. They were just saying 'okay, we'll give you details'."

The traders approached the pro bono law group on December 9. "Through our lawyers, for the very first time we'll sit down with them and talk," said Choma.

"Maybe we'll agree. We don't know because already they've undermined and victimised us. They have powers. If we don't reach an agreement, we'll meet in court again."

Stephen Tawana, an attorney for the City of Tshwane, confirmed the meeting. "We're going to have a meeting with them to explain what is happening on site.

"If we don't agree on anything we'll come back to court on Thursday to argue the matter."

Helen Nonyane, 55, who has been trading in Denneboom since 1993, said the money she made educated her children and built them a home.

"If they remove us we'll suffer. There are no jobs. Who'd even employ me at my age? This is the only place for us to get bread."