Protests in the Mother City ahead of Zuma's SONA 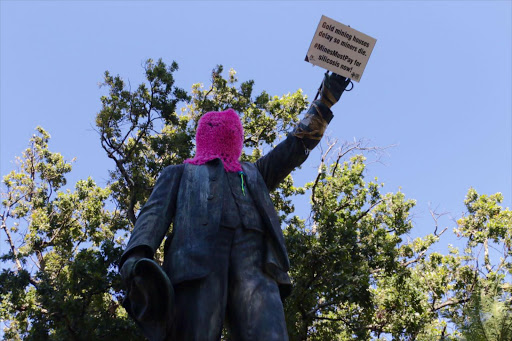 Cape Town was buzzing on Wednesday morning as final touches were being made ahead of President Jacob Zuma’s state of the nation address (SONA). In addition‚ a number of protests in the CBD got underway.

The Save South Africa civil society group was planning to deliver the Real State of the Nation Address at the St George’s Cathedral‚ while NGO Sonke Gender Justice led demonstrations against mining companies at the Cecil John Rhodes statue in the Company Gardens.

According to the Save SA Facebook page‚ the event would be a truth-telling session on the actual state of South Africa‚ aimed at mobilising people who were willing to risk their lives for social justice and equality.

“It’s not a time for waiting for the next bad move by those we fight against because they are corrupt and evil and comfortable with the inequalities they perpetuate. It’s a time for finding unity and agreeing on what we all agree on and fighting for that‚” the group said.

The Real SONA will feature speeches from members of prominent SA NGOs and civil groups‚ as well as a key note address by founder Sipho Pityana.

Right behind the cathedral‚ in the Company Gardens‚ Sonke Gender Justice protested to bring attention to mineworkers suffering from silicosis contracted while working in mines.

The group held a demonstration at the Cecil John Rhodes statue in the gardens.

“There are a number of monuments in the city to settlers who are deeply implicated in the establishment of the migrant labour system that forced people off their land‚” said Dean Peacock‚ co-founder of Sonke.

“We will be adjusting some of those monuments to tell a fuller story about the relationship between those people‚ Cecil Rhodes especially‚ who was the architect of the Glen Gray Act of 1894 that led to the beginnings of the migrant labour system.”

Cape Town is currently hosting the Investing in African Mining Ndaba where over 7000 delegates from more than 2100 mining companies have gathered.