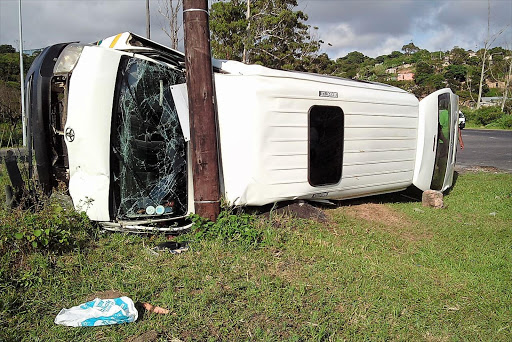 Children heading to school on Wednesday morning were injured when the taxi in which they were travelling collided with a car south of Durban.

According to Rescue Care paramedics‚ the accident took place on Old Main Road‚ Isipingo‚ at about 6.40am.

“Paramedics found that two vehicles had been involved in the crash and the taxi had overturned‚ coming to rest on its side. Approximately 17 people had been injured‚ with the majority being school children‚” said Garrith Jamieson‚ Rescue Care operations director.

They were taken to various hospitals for treatment.

The accident comes on the same day a taxi driver appears in the Ntuzuma Magistrate’s Court over a back-to-school accident last month during which four people died. Provincial education authorities have pledged to crack down on errant drivers‚ especially those public transport operators who fetch and carry children.