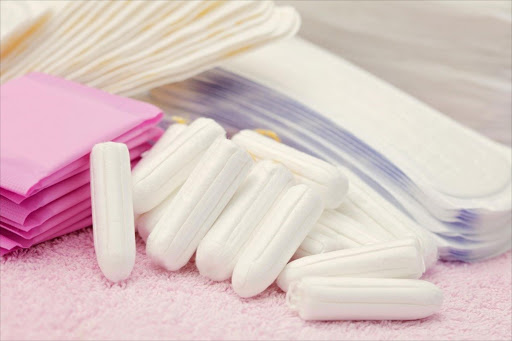 The KwaZulu-Natal department of education has made good on President Jacob Zuma’s 2011 promise that schoolgirls will receive free sanitary pads.

The department has launched its distribution of sanitary pads to “indigent girl learners in selected quintiles 1-4 schools and in grades 4-12” to counter absenteeism of more than a month that female pupils lose during the school year while they are menstruating.

Muzi Mahlambi‚ KwaZulu-Natal education department spokesman‚ said: “This is a programme to try and address absenteeism of girls when they are on their periods. Research indicates to us that a number of girls from poverty-stricken backgrounds lose a minimum of three days a month ... because they can’t afford sanitary towels“.

“These are branded by the education department [because] they are not for sale. They are for distribution to schools so that those girls will be able to attend schools. They become an enabler. If you multiply the minimum of three days‚ there are about 36 days that they lose‚” he said.

“They go to school and if they happen to blood themselves some learners laugh at them and stuff like that. Some of those children are from child-headed or poor families. In a poor family if you have to choose between buying bread or sanitary towels‚ the former will always take priority.”

He said that the girls’ parents and teachers were delighted. “It is something that they treasure.”

Mahlambi said the department aimed to distribute the pads to all schools in quintiles one to three – which are poor‚ mainly fee-free facilities.

“The idea is to eradicate all reasons for girls not to come to school. Anything that helps children to come to school … we are hopeful that other people will then take the cue and run with it as well.”

In a circular issued to schools‚ the department said the first four packs of sanitary pads per learner‚ for use from January to April 2017‚ would be distributed to 2‚992 schools in January.

They will be issued to the pupils each month.

According to the circular‚ the next delivery is only expected in the next financial year should funds be available.

In his 2011 state of the nation address‚ Zuma announced the distribution of free sanitary pads as part of a 10 point health plan.

During a women in the presidency committee parliamentary briefing in November 2016‚ the national department of education said it did not adopt the distribution of sanitary pads as a national policy but provincial departments were given the option of rolling out the programme.

According to minutes of the briefing‚ departments in Limpopo‚ Mpumalanga and Gauteng implemented the policy. In Limpopo‚ 800 schools were beneficiaries.