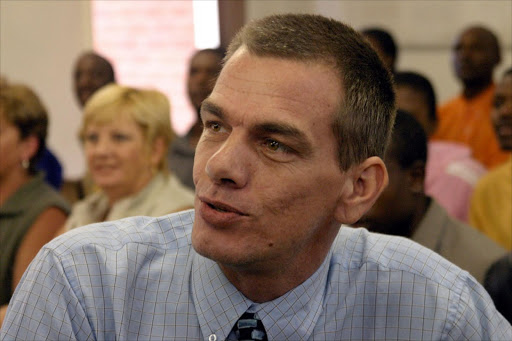 Mark Scott-Crossley‚ the controversial Limpopo farmer accused of running over a worker with a vehicle in December‚ will spend at least another week behind bars as he awaits the outcome on his bail application.

Scott-Crossley is facing an attempted murder charge after running over Silence Mabunda in Hoedspruit in December last year‚ as well as a charge of malicious damage to property.

He allegedly went on the run after the incident‚ and after negotiations between his lawyer and the police‚ he handed himself over on January 18 in Pretoria.

Scott-Crossley applied for bail when he appeared in the Lenyenye Magistrate’s Court outside Tzaneen in Limpopo on Monday and Tuesday‚ where the matter was postponed until February 10 when the judgment will be passed on his application.

Scott-Crossley gained notoriety after he was initially jailed for life in October 2005 after he and two of his farm employees threw a former farm worker‚ Nelson Chisale‚ into a lion enclosure where he was eaten alive.

Scott-Crossley appealed against his life sentence and the Supreme Court of Appeal in Bloemfontein set aside his murder conviction and substituted it with five years’ imprisonment‚ stating that the prosecution had failed to prove beyond a reasonable doubt that Chisale was still alive when he was fed to the lions on September 28‚ 2007.

While Scott-Crossley was serving his sentence at Barberton Maximum Security Prison in Mpumalanga he assaulted a fellow inmate‚ Jacobus Cordier‚ whom he claimed tried to attack him with a sharpened spoon.

Scott-Crossley was released on parole in August 2008 and he went back to his farm outside Hoedspruit and continued with his life of game farming.