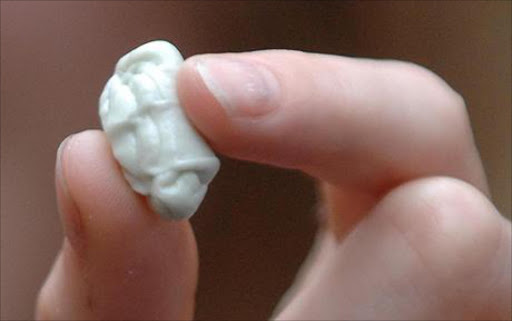 Wads of saliva-drenched and fingerprint-ridden chewing gum used to block security camera lenses could prove to be the undoing of an alleged international cigarette truck hijacking and smuggling boss — nicknamed “Mr Invisible”.

For a decade 39-year-old Mozambican national‚ Enoque Luisa Ricotso‚ stayed one step ahead of detectives assigned to investigate him and the cigarette hijacking gang they claim he leads.

That ended on Sunday when Springs police received a surprise tip-off. “Mr Invisible”‚ they were told‚ was en route on the back of a dilapidated bakkie to South Africa’s border with Swaziland disguised as a farm worker.

For the past four months‚ Ricotso — whom police alleged has been linked to 50 different cigarette truck hijackings across South Africa through DNA — had been hiding out at his brother’s Kaapmuiden home in Mpumalanga near the Swaziland border.

He was in hiding after two of his alleged accomplices were arrested shortly after a cigarette truck heist in Gauteng’s Vosloorus township in October.

In that heist‚ which targeted a British American Tobacco truck‚ the gang‚ whose members are from Katlehong and Vosloorus on the East Rand‚ made off with an estimated R300‚000 worth of cigarettes.

Ricotso‚ police sources say‚ and the gang‚ whose numbers vary depending on the quantity of cigarettes to be stolen in an attack‚ are alleged to be linked to heists in which an estimated R20-million worth of cigarettes have been taken over the past decade.

Most of the attacks have been against BAT‚ which distributes popular brands of cigarettes such as Peter Stuyvesant.The popular brands are‚ according to South Africa Tobacco Industry insiders‚ easy to sell on the black market and do not draw attention to the thieves or distributors.

Police sources believe the cigarette smuggling racket‚ allegedly headed by Ricotso‚ is a network across cities through Southern Africa. It’s operations include Zimbabwe‚ Mozambique and Botswana.

Police say that for years “Mr Invisible’’ — despite great wealth and luxury which includes high-end cars and homes — had been able to stay ahead of detectives.

“He had this ability to just disappear. Police would be watching his safe house for days‚ knowing that he is inside. Yet‚ when they raided it he would be gone.

“That’s how he got his nickname.”

A detective said their suspects were identified years ago after police recovered chewing gum they had stuck over the lenses of CCTV cameras inside hijacked cigarette trucks.

“They thought they were being clever. They would hijack the trucks wearing balaclavas and then stick gum over the lenses. Once they blocked the lenses they would take their masks off thinking that they could not be identified.

“Fortunately our forensic experts recovered the gang’s DNA from the their saliva and fingerprints they left behind in the gum.”

Another policeman said although they knew the identity of the hijackers it had taken them years to track them down.

“They were everywhere. They would launch multiple attacks across the country in a space of a few days‚ then disappear.

“We would receive reports that there were three attacks in Springs‚ then suddenly two in Durban‚ four in Cape Town and then five again in Nelspruit. It was incredible how they operated‚ especially the speed at which they worked.”

He said just when they thought they had them‚ they would escape.

The policeman said the gang’s luck began to run out last year.

“They got greedy and went for too many trucks. We collected good information and slowly started to catch them. The only one we battled to catch was Mr Invisible.”

That changed on Sunday with a tip-off that Ricotso was to be driven along the N4 on the back of a bakkie near Komatipoort.

“We were told he was to go to his brother’s home in Mozambique via Swaziland.”

Hours later police spotted him in the bakkie.

“If we had been any later he would have been gone‚” said a policeman.

Police are also seeking the assistance of asset forfeiture and financial experts to seize his assets which they believe he obtained through his crimes.

HERE IS WHAT WE KNOW ABOUT ‘MR INVISIBLE’

* He is wanted for his first heist in Vosloorus in 2007

* He is behind cigarette truck attacks in Mozambique‚ Swaziland‚ Botswana and Zimbabwe.

The heists that he carried out were committed in:

HOW WAS HE IDENTIFIED

He was identified through chewing gum which was recovered from vehicles which he and his gang hijacked. The chewing gum was found on CCTV cameras inside the vehicles which are used to monitor the crews as well as the offloading and loading of the cigarettes.