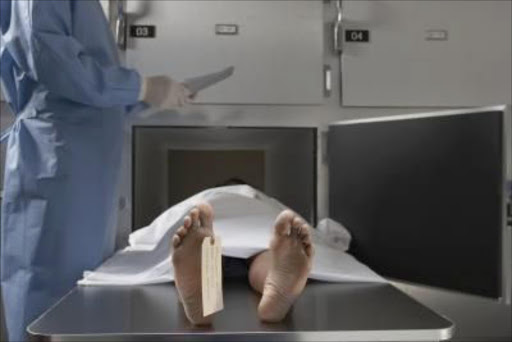 The body of a 35-year-old man was found by women hawkers who braai at the popular Eastern Cape party spot Ebuhlanti on Sunday.

The hawkers braai meat for revellers at the beachfront spot.

East London police spokeswoman Warrant officer Hazel Mqala said an inquest docket has been opened and a post-mortem will be conducted to establish the cause of death.

“The man was wearing a black lumberjacket‚ black tracksuit pants and brown shoes.”

According to the hawkers he was a bush dweller who appeared to be suffering from TB and coughed a lot.

In a separate incident a man believed to be part of an armed gang which robbed a home at Stoney Drift rubbish dump settlement was apparently abducted and killed by angry community members.

The body of the unidentified man was found lying face down in a muddy pool 10 days after he was allegedly a victim of mob justice‚ according to Stoney Drift community resident Joshua Minter.

However‚ Cambridge police spokesman captain Mluleki Mbi said: “No one is suspected at this stage and no arrests have been made.”

The gruesome discovery was made on Monday by children who were playing in the area.

The body was in an advanced stage of decomposition making identification of the man dificult. Mbi said a post-mortem would be conducted to establish the cause of death.

A frustrated Minter said he heard the man was murdered and reported the matter to the police last week Monday but it appears nothing was done about it.