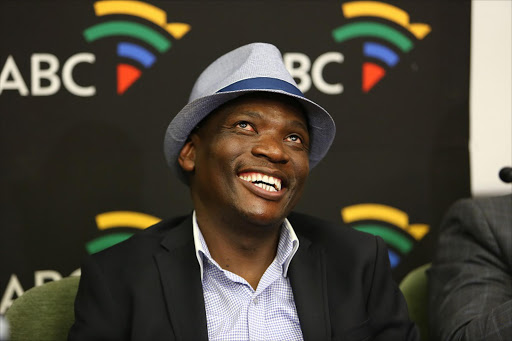 Those who pull the strings behind Hlaudi Motsoeneng seek to use the SABC as an instrument of lies to fool the people of South Africa, says the writer. PHOTO: ALON SKUY

He told the packed Market Theatre in Johannesburg that he was not intimidated by moves to strip him of his powers. "I did not contribute to the empowerment of musicians only, but I have contributed to actors too."

He said he did not need a position to make a difference in the lives of artists.

"I will continue to raise funds and I am not apologetic. Those who want to talk can do that ... they don't scare me."

He got a standing ovation after his speech.

He was also hailed as a hero for giving Klaasen R50000 in cash before her death.

The industry gathered for the second leg of memorials for the legendary Sophiatown singer who died last Sunday.

However, the memorial was hijacked by speakers who voiced their unhappiness, talking about politics of the industry and their struggles.

The event lacked coordination and started an hour late.

Secretary of Musicians Association of South Africa, Tebogo Sithathu, said black musicians from the apartheid era were not taken as seriously as political struggle veterans.

Sithathu further called on other musicians not to allow politicians to dance on their heads. "I get hurt when I see politicians dominating a programme for a musician's [burial]. Mam Thandi was not a politician."

"She taught me to be brave. Mam Thandi fought the injustices of the industry.

"People may criticise Hlaudi but he has done a lot for musicians and he deserves applause for that. We have 90% of airplay, now we want 90% money in our pockets."

Klaasen will be buried tomorrow in Boksburg.