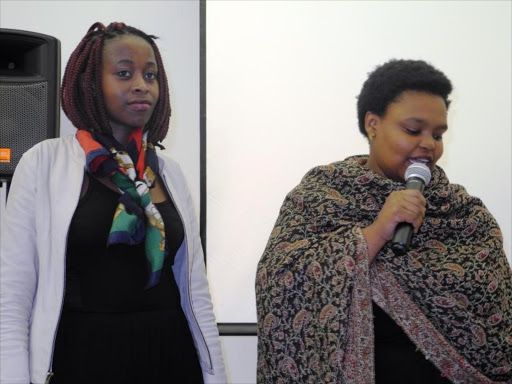 The paradox of being a #RhodesMustFall activist and a Rhodes scholar-elect is not lost on Mbalenhle Matandela‚ but she believes being in this unique position can help her do good.

Matandela‚ 23‚ and fellow #RhodesMustFall activist Joshua Nott are among nine South Africans awarded scholarships of R670‚000 each by the Rhodes Trust‚ to join Oxford University later this year.

Both were involved in the 2015 protests at the University of Cape Town (UCT)‚ calling for a statue of Cecil John Rhodes to be removed from its prominent place on campus.

Matandela‚ who knows Nott from their time as students at UCT‚ said she regarded the scholarship as an opportunity to learn more about the African diaspora and further her other intellectual interests.

Matandela will register for an MPhil in development studies when the academic year begins at the end of September‚ hoping to engage in a gendered analysis of development on the African continent.

She currently works for the University of the Witwatersrand’s Centre for Applied Legal Studies’ Right2Protest project.

Her honours thesis focused on the experiences of black women in the #RhodesMustFall movement.

Nott has been plunged into a social media storm in South Africa and the UK‚ with some labelling him a hypocrite for accepting the scholarship in light of his #RhodesMustFall activism. UCT’s Rhodes Must Fall Facebook page rejected Nott as a key member of the movement‚ following the publication of an articles by British newspapers.

“Joshua Nott and I have political differences‚ so I would prefer not to comment on his backlash‚” Matandela said.

Matandela said she saw the Rhodes Trust’s scholarship as reparation for past injustices.

“For me‚ it’s about redress. I’m a person of conviction and so me being a Rhodes Must Fall activist was about linking up different struggles that highlight the expectations of Rhodes as a colonialist. Me being at Oxford and having this specific scholarship‚ I’ve come to think of it as reparation.”

She said the Rhodes Trust does not consider historical disadvantage in its selection criteria and that she now hoped to change this from within‚ particularly for the southern African region.

Matandela‚ who attended Pietermaritzburg private school Epworth on a scholarship‚ comes from a working class family. Her mother was a live-in domestic worker in the Durban suburb of Westville.

She said that her family initially had limited understanding of what a Rhodes scholar was but are excited for her.

She is the first person in her family to graduate from a university.

Matandela plans to continue her activism when she returns to South Africa after completing her studies and will meet up with fellow Rhodes Must Fall “comrades” at Oxford.

In her application to the Rhodes Trust‚ she wrote extensively about her activism.

TMG Digital has not yet been able to reach Nott by telephone‚ but sent him questions and an interview request by email.