Somizi storms out as pastor bashes gays in sermon 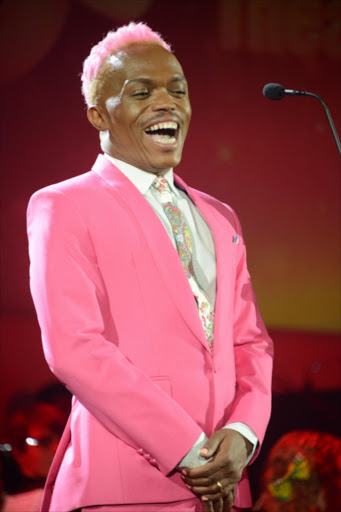 Idols judge and radio presenter Somizi Mhlongo has slammed a pastor who referred to homosexuality as a "sin".

Somgaga, as he is popularly known, stormed out of a church service at Grace Bible Church in Soweto, after a guest pastor from Uganda criticised homosexuality.

The peeved choreographer and musician vented his anger on Instagram, where he posted two videos, in which he told viewers he stormed out because he could not take it anymore.

Mhlongo further pleaded with churches, especially Grace Bible Church, where he had been a member for 25 years, to "spell it out loud if gays were not welcomed".

He appealed to Bishop Mosa Sono to state the facts clearly.

"They must say it if being gay was a sin and that gays were not allowed. Because I go to church to speak to my God, whom I believe accepts me for who I am. The God who created the way that I am loves me."

Mhlongo declared he was gay and proud of it.

"I'm a gay man and this is who I am. I will remain gay for the rest of my life."

When Sowetan spoke to Mhlongo he said what annoyed him was the arrogance of the pastor, who was said to be preaching against homosexuality for the second time.

"The sermon was about how the soul is important and I don't know how he jumped from that to homosexuality.

"When he started to talk about how even male dogs do not practise it, I just walked out because I was offended."

Mhlongo added he was disappointed Sono and other congregants were cheering the pastor on.

"I don't understand why people behave as if they have never seen gays or do not have brothers who are gay. I know I am not the only gay. I don't care what the Bible says, I know the relationship I have with God."

Grace Bible Church spokesman Ezekial Mathole confirmed the incident and said everyone was welcome in their church, including homosexuals.

Mathole said: "The sermon was not about homosexuality but about the value of the soul. Sermons often offend people."