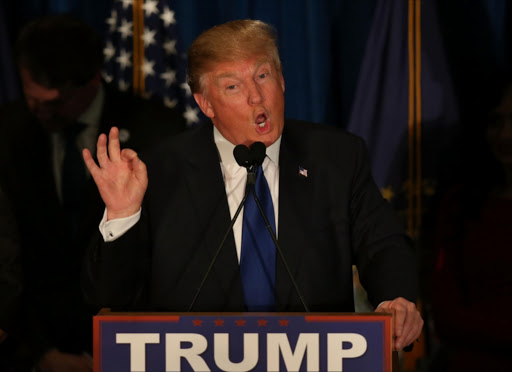 South Africans have planned a number of demonstrations in solidarity with protests in the United States to mark the the inauguration of US President Donald Trump in Washington‚ DC.

The Workers and Socialist Party (WASP) will picket at the US Consulate in Sandton on Friday afternoon‚ an hour and a half before Trump is sworn in.

WASP general secretary Weizmann Hamilton said the picket was a symbolic demonstration of solidarity with the majority of the American population.

Hamilton noted that during apartheid‚ South Africans were the beneficiaries of support from overseas workers.

“We have not reciprocated that solidarity‚” Hamilton said.

He said the demonstrators would show solidarity with American workers against Trump’s sexist and racist agenda.

Hamilton said Trump’s election would embolden the far right‚ xenophobes and those who sowed divisions and hate on the basis of race.

“His presidency will encourage these forces‚” Hamilton said.

He said Trump’s threat to raise a tariff on goods imported from China‚ if implemented‚ would pose a threat not only for Chinese workers‚ but for American workers.

“The jobs lost in China will not reappear in the US. The increase in tariffs will invite retaliatory tariffs from China. This will have an effect of damping world trade and slow the rate of economic growth.”

He said this would put the world economy in a crisis bigger than the one seen in 2008.

Another march will be held in Cape Town on Saturday morning in solidarity with the Women’s March on Washington.

The Washington march has been billed by organisers as a march for women’s rights‚ and not a protest against Trump‚ but was spurred by offensive comments about women‚ sexual and reproductive rights‚ and sexual orientation made by Trump in the presidential election race and after he was elected president.

Many fear a Trump administration will enforce a deeply conservative agenda that will roll back some of the important gains made towards gender equality.

The fear of the Cape Town solidarity marchers organisers is that the perceived reverse of women rights would not only occur in the United States‚ but globally‚ as people would feel the impact of US foreign policy and restrictions on foreign aid.

The marchers will assemble at The Company’s Corner and march to Parliament.

One of the organisers of the Cape Town march‚ human rights lawyer Cherith Sanger‚ said she would be participating in the march to show her solidarity with women‚ children and men in the US in opposing the policy commitments that had been made by Trump.

“It is critical that we stand together across the borders against these policy commitments to ensure that there is respect‚ protection and the advancement of human rights for all‚” Sanger said. — TMG Digital