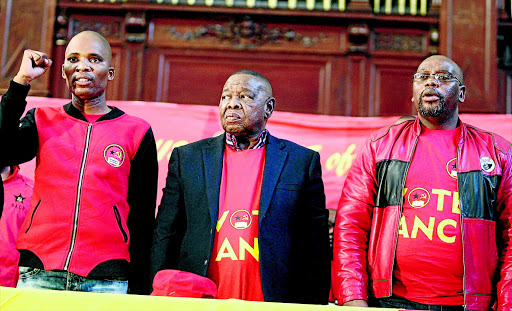 This is despite their mother body, the South African Communist Party publicly saying it had not pronounced on who should take over from Zuma regardless of their unhappiness with him.

The YCL is launching its Right to Learn campaign at East London City Hall today and the gathering would be addressed by ANC secretary-general Gwede Mantashe and SACP second deputy secretary general Solly Mapaila.

Both Mantashe and Mapaila are associated with ANC members who would support Ramaphosa and not Nkosazana Dlamini-Zuma whom those close to Zuma want to take over as ANC president.

The ANC is to hold its elective conference in December.

YCL general secretary Mluleki Dlelanga, the custodian of the Right to Learn campaign, yesterday did not mince his words about the league's preference for who it wanted to lead the ANC.

"It's our resolution, not a secret, that we prefer Cyril Ramaphosa to lead the ANC," Dlelanga said.

Dlelanga's pronouncement could be a clear indication of who the SACP would support.

Several other presidential hopefuls have come out despite the ANC having yet to declare the succession debate open. They include Dlamini-Zuma, ANC chairwoman Baleka Mbete, as well as ANC treasurer-general Zweli Mkhize. The longest-serving cabinet minister Jeff Radebe has also not been ruled out of contention.

But so far only Dlamini-Zuma and Ramaphosa have publicly received support from formal alliance and ANC structures.

ANC alliance sources have revealed that Mantashe would be Ramaphosa's deputy president.

But Mapaila, a Zuma critic, lashed out at the ANC's failure to condemn the Premier League while he was addressing a Joe Slovo memorial lecture in Gauteng two weeks ago. Mapaila said the SACP won't support an ANC faction.

"It [the faction] should not exist because once it exists and does wrong things in the name of the ANC, it puts us in a dilemma as to who do we relate with?" Mapaila was quoted as saying.

Mantashe arrived in East London late yesterday and confirmed that he would be addressing the Right to Learn launch and the Slovo lecture at the City Hall today.

Speaking about the event, Dlelanga said: "I won't pre-empt what these two leaders will say, but there will be fireworks ..."