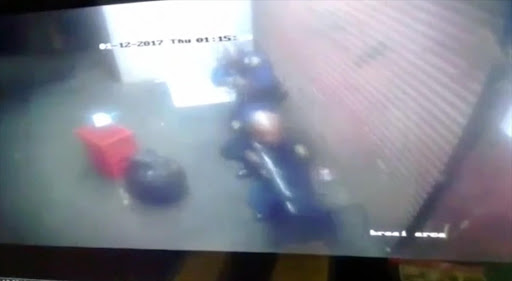 The investigation into the circumstances surrounding Katlehong police officer Constable Tshepo Tladi’s shooting has been hampered by the police’s unwillingness to cooperate with the police watchdog.

This is according to a source close to the Independent Police Investigative Directorate’s (IPID) investigation into the shooting and dealing of the crime scene and events thereafter‚ who said the police had been unwilling to cooperate.

“What I can tell you is they are not cooperating. They were supposed to hand over the video footage‚ but they gave our investigators two empty memory sticks‚” the source said.

The Times has also learned that the police officer allegedly responsible for the shooting of Tladi‚ has since been admitted to hospital.

“The guy that is responsible for the shooting is in hospital‚ he was not coping‚” said South African Police Union president Mpho Kwinika.

Kwinika said the police officer had been admitted to hospital after he had been debriefed by the police’s employee health and wellness workers.

He confirmed that the other police officers who were also at the scene‚ and are suspected of tampering with the scene and failed to report the incident to their superiors‚ were still clocking in at work.

Kwinika said the union was of the view that all the police officers at the police station as well as Tladi’s family had to be debriefed to ensure a thorough investigation into the matter.

Tladi‚ 34‚ a father of a two-year-old son‚ responded to an armed robbery last week‚ where he was shot in the back of the head from close range.

Initial reports said Tladi had been “ambushed” by “heavily armed criminals“‚ but CCTV footage obtained by The Times revealed that Tladi might have been shot in the back of the head by a colleague.

In the CCTV footage‚ Tladi’s colleagues who were at the crime scene appeared to have tampered with the scene.

Acting national police commissioner Lieutenant-General Khomotso Phahlane said: “Should there be evidence to prove that police members tampered with the scene or that there was any type of a cover-up‚ there will certainly be judicial consequences.”

But this process‚ which include a multi-faceted investigation by the police and the Hawks into the robbery‚ as well as IPID and the police into the conduct and actions of the police‚ has been delayed by the police.

Responding to a list of questions with a blanket statement‚ national police spokesperson Brigadier Sally de Beer disputed this‚ saying the police had been cooperating.

“It is not our policy to conduct investigations via the media. When there is feedback for the family or the community at large we will follow the appropriate channels to convey the relevant information‚” De Beer said.

At Tladi’s memorial on Wednesday‚ his uncle‚ Letsatsi Moeketsi‚ told a full church with lots of police officers that the family was still hurting.

Moeketsi didn’t spare any blows in his criticism of the police.

Moeketsi said he wasn’t attacking the police‚ but the family just wanted answers.

One of his aunts‚ Tshidi Tladi‚ was surprised on Thursday to learn that the police officers involved were still reporting for duty.

“They are still on duty? No. We are not aware of that‚” she said. “We still have so much to do before the funeral tomorrow.”

SAPU’s Kwinika said the police must first collect all the necessary information to complete the investigation‚ before management can take decisions on suspensions.

“What must happen now is they gather all the info in the investigation before they can be suspended‚” he said.