‘Barrow must be allowed to form his government’: SA’s stance on Gambia 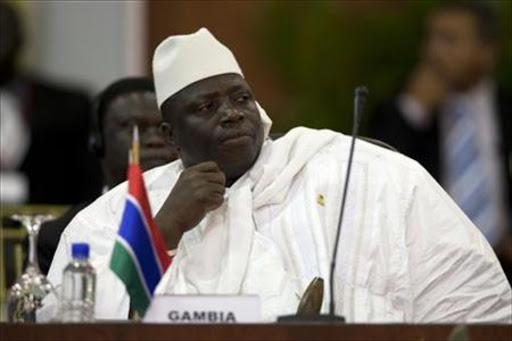 The South African government is echoing worldwide calls for Gambian president Yahya Jammeh to step down.

Jammeh‚ who lost power in December’s election to rival Adama Barrow‚ has refused to hand over control of the country.

Clayson Monyela‚ spokesman of the Department of International Relations and Cooperation‚ said that the South African government called for the will of Gambia’s people to be respected.

“The interests of the Gambian people must be put above everything else. There has been no legally recognised pronouncement which overturns the elections.

“The president-elect‚ Adama Barrow‚ must be allowed to form his government.”

Monyela’s comments come as tensions mount in Gambia with Barrow set to be sworn in as president on Thursday.

Jammeh’s refusal to step down has seen tensions in that country mount‚ with thousands of tourists and Gambians fleeing to neighbouring countries in anticipation of violence.

The Economic Community of West African States this week authorised the use of military force if Jammeh continued to insist that he remain in power‚ with thousands of intervention troops massing on Gambia’s borders. – TMG Digital