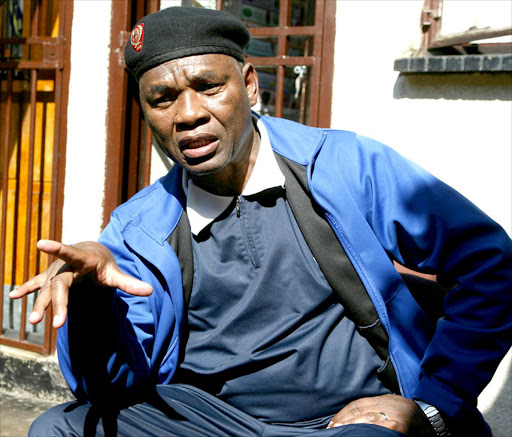 Kenny Motsamai’s son reacted angrily to the news that his father would walk not free at least for another day.

The former Azanian People's Liberation Army (Apla) cadre had expected January 11 2017 to be the day his day-parole would end‚ and to have an offender tracking device removed.

But Correctional Services told TMG Digital that the parole board is sitting on Wednesday and “may” discuss the case.

“I have grown up without a father… even Jub Jub has not served 10 years‚” his son‚ Karabo‚ said.

This was a reference to singer Molemo “Jub Jub” Maarohanye‚ who‚ along with Themba Tshabalala‚ was released on parole last week after serving half of his eight-year jail sentence for crashing their cars into a group of school children in 2010. The accident left four boys dead and two others seriously injured.

Karabo said he was one-year-old when his dad was arrested. “I know him (from) behind bars.”

Kenny Motsamai has been in prison since 1989 after being found guilty of murdering a white traffic officer in Rustenburg during an Apla-sanctioned bank robbery in 1989 and handed two life sentences. At the time‚ he was 26 and had just returned from Ethiopia after military training.

Motsamai's family said Kenny was fighting against apartheid and for land when the traffic officer was killed.

Daughter Busisiwe Magagula said: “He was fighting for a fair world. They killed a police officer at the time‚ but my father claimed he was involved in a robbery.”

Magagula told Power FM earlier this month that the EFF has offered her father a job. About 100 members of that party were in attendance at the Boksburg correctional services supervision centre on Wednesday. Picketing EFF members said they were at the prison to support Busi as she is a member of the party.

The Red Berets’ chairperson‚ advocate Dali Mpofu‚ and supporters were to escort him from the Boksburg to a house in Katlehong. But it was not to be.

A handful of PAC members – Apla was the military wing of the party - were also demonstrating outside the centre. – TMG Digital