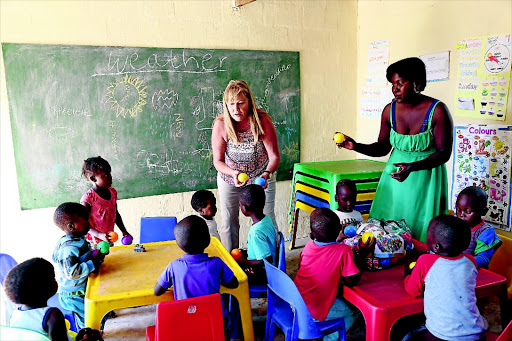 The brouhaha occasioned by the decision of the Department of Basic Education to condone Grade 7 to 9 pupils who failed mathematics with no less than 20% brought to mind the graduation ceremony I attended several years ago at the University of KwaZulu-Natal.

It was the Faculty of Education graduation ceremony. What was striking was the puny numbers of students getting qualifications in early childhood development and primary school education. The vast majority of those who got diplomas and degrees in education were in secondary school education.

The small number who qualified in early childhood development and primary school education were all young white women and word had it that most, if not all, would end up plying their trade in New Zealand, Australia, Canada or the United Kingdom.

The senior university academics I spoke to indicated that in addition to better remuneration, societies in those countries valued such qualifications better than we do in South Africa.

With mathematics being the gateway subject that it is, it is understandable why the authorities adopted a policy to fail pupils who get less than 40% in their mathematics examinations. But there is nothing pedagogical about it. It is merely a policy decision to promote the learning of this crucial subject.

However, this is unfair on the children who are made to fail a year and repeat a class because they could not get 40% in mathematics. After all, in the majority of cases it is not the fault of the children that they struggle with the subject. It is the failure of the system to teach them mathematics. There is nothing wrong with our children. We, the adults, are letting them down.

We have known for donkey's years that our children struggle in mathematics. Year in and year out, our pupils have come last in the Trends in International Mathematics and Science Study tests. Even countries in our region with much smaller GDPs do much better than we do.

We moan about it ad infinitum. It is seemingly a South African disease to diagnose our ailments but do nothing or little to cure them.

The majority of the kids that struggle with mathematics are to be found in the township and rural schools.

The reasons for this are not difficult to find.

First, early childhood development centres in these localities are few or non-existent, and the existing ones are likely to be of poor quality.

It is accepted that children need to be stimulated at this stage of their lives in preparation for school and the rest of their lives.

If sufficiently stimulated, such children are likely to have a good foundation from which to launch themselves into a fruitful learning experience.

Second, schools in the townships and villages are likely to fall in the no fees category: overcrowded, not enough teachers, no libraries, insufficient toilets, no running water, no electricity, insufficient desks and chairs, and inadequate learning materials. How in heaven's name do we expect these children to do well in mathematics or any other subject?

Third, the foundation phase is a critical stage that introduces children to a formal school learning process. It is in Grades 1-3 that children build on their early childhood experience and are prepared for the learning path ahead of them.

It is again in the township and village schools where children are shortchanged by the system. In addition to the adverse factors already alluded to above, the teachers are often not sufficiently qualified for foundation phase teaching. The graduation ceremony episode at UKZN illustrates the point. The training of foundation phase teachers is one of the weakest in our system.

I recently met one of the few young black teachers with a bachelor of education degree, specialising in foundation-phase teaching. She said she could not apply her skills at all because her class in the village school she is posted to has more than 70 pupils.

How do you teach, pass or fail children in such circumstances? She was so frustrated her voice breaks with emotion when she tried to describe her predicament.

Almost all the children in the townships and villages are black and the vast majority of the political and bureaucratic leadership is similarly black. Why does this leadership waste its children like this? Is it because their own biological children go to private or former Model C schools?

Fourth, a big percentage of teachers of mathematics at all levels in the township and rural schools are either unqualified or under qualified to teach the subject. In particular, their content knowledge of the subject is often hugely insufficient.

They are thus ill-equipped to teach and inspire their charges to do well in mathematics. So, it is not the fault of the pupils if they do not crack the subject.

Instead of us quibbling about whether to retain or condone pupils who fail mathematics with not less than 20%, we should be embarking on a massive programme to produce the relevant teachers, reduce class sizes in our schools, ensure that schools are fit and proper for teaching and learning. We should take care of the basics, and the rest will follow.