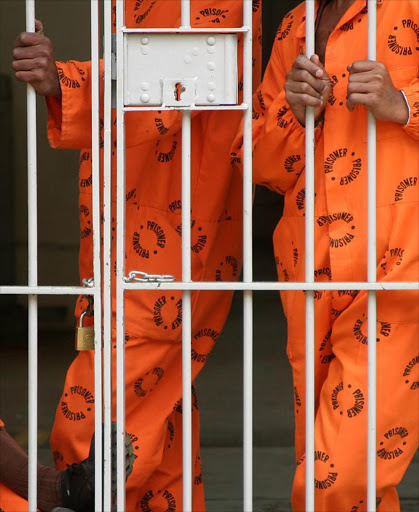 “Overcrowding and shortage of staff are the main causes” of often fatal violence in South African prisons‚ the Congress of the People (Cope) said on Thursday.

“The reported deaths of three inmates at the St Albans Prison in Port Elizabeth can be attributed to a lack of political will from government‚” said the party’s Dennis Bloem.

The Herald on Thursday reported that the three who had died as a result of the fatal riot between prisoners and warders were serving lengthy prison terms for crimes ranging from murder to robbery.

“The unbearable overcrowding situation in the prisons is not something new‚” he said‚ adding that “previous ministers of correctional services knew about it‚ President Jacob Zuma is well aware of the situation‚ but he and his government do not have the political will to address the situation”.

“It is very unfortunate that the Department of Correctional Services and its officials must now take responsibility for the chaos that is happening in the prisons.

He said that Cope wants the South African Human Rights Commission to intervene “before more people are going to lose their lives”.

Eastern Cape Correctional Services commissioner Nkosinathi Breakfast said on Wednesday that a joint probe by his department and police into the St Albans attack was still under way.

Breakfast also said additional Correctional Services staff and the emergency response team had been brought in and placed on standby. – TMG Digital