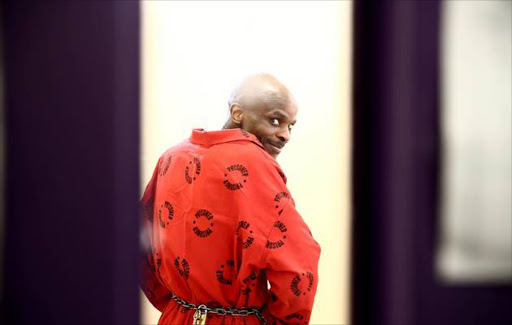 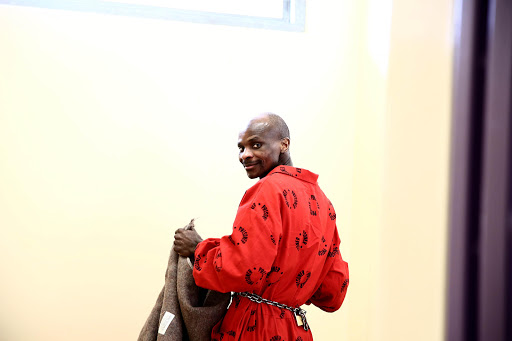 Ananias Mathe looks over his right shoulder‚ his lips pursed as he smiles almost cheekily. He’s wearing his orange prison-issue jump suit and has metal chain around his waist as he stands in his cell at the Kokstad C-Max prison.

This picture‚ taken by multiple award-winning photographer Thuli Dlamini‚ was probably the last ever snapped of Mathe‚ who died in a Durban hospital on Tuesday.

The picture is haunting‚ and I know why. It’s his eyes.

They were the first thing I noticed about the Mozambican national when I met him for the first time. I don’t scare easily‚ and I didn’t feel any unease as I walked into the cold‚ echo-filled bowels of C-Max – until our gazes met as he looked out of his cell on a rainy morning in March 2015.

It’s his eyes. There is something dark and insidious – dare I say evil? – about them. If the eyes are in fact a window to the soul‚ I don’t want to know the story Mathe’s would tell.

When he was convicted in December 2009 on 64 charges including rape‚ indecent assault‚ attempted murder‚ aggravated robbery and housebreaking‚ the judge described his behaviour as “vicious”. Vicious. It seems an entirely appropriate word.

I interviewed Mathe that March morning. He denied doing anything wrong‚ even though it was blatantly obvious he had‚ just a few months earlier‚ tried to escape from his cell.

He complained about being bored and doing nothing. He said he wanted to be moved back to another prison‚ but not to Cape Town. He didn’t say why. He said he was hungry‚ and moaned about the food and the meal times.

Thuli and I went to the prison again in October this year‚ just weeks after he tried to escape for a second time. The same haunting eyes met us.

When Thuli asked him to pose for a photo with just his eyes looking through the gap in his cell door‚ his reply was terse: “Go away. You just want to make money out of me.”

We wanted to go back early in 2017 and take Mathe lunch‚ to talk to him‚ to find out what makes him tick. We won’t ever get that chance.

It would have made a great story‚ and for that I’m disappointed. But there is a part of me that’s glad I won’t ever look into those eyes again. — TMG Digital/The Times