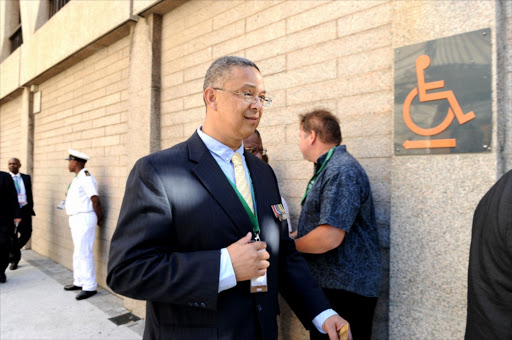 A statement said that “Mokotedi claims inter alia that AfriForum and Robert McBride… had a braai together and conspired against him and others”.

The allegations are said to be contained in an affidavit deposed by Mokotedi on Monday.

AfriForum CEO Kallie Kriel denied ever having met McBride‚ but said he has worked with O’Sullivan.

“It is clear that Mokotedi is telling lies because he is nervous after AfriForum and Paul O’Sullivan‚ a private investigator‚ published a report named Joining the dots: Capture of the criminal justice system‚” said Kriel.

“Mokotedi is exposed in the report as one of the role-players in the illegal capture of the criminal justice system by Zuma supporters. Apparently it seems that desperate cats indeed make desperate leaps.”

Kriel said “AfriForum’s legal team will study the affidavit that Mokotedi made to the police to consider complaints of perjury and defamation”.

On Wednesday‚ Mokotedi spoke to Radio 702 to defend his explosive allegations of a political plot that had been hatched to assassinate the high-ranking officials.

He called the plotters “The Black Hawks”‚ and said their ultimate aim was to incite a “popular revolt”‚ which was why they were being investigated for treason.

“There is a group that is called the Black Hawks‚ they are referred to as the Black Hawks‚ and some of the people that are referred to there‚ they are part of this whole thing that‚ the whole plan‚ to get senior police officials‚ like myself‚ General Ntlemeza‚ General Phahlane‚ removed from our positions… and also incite a popular revolt‚” Mokotedi said. – TMG Digital