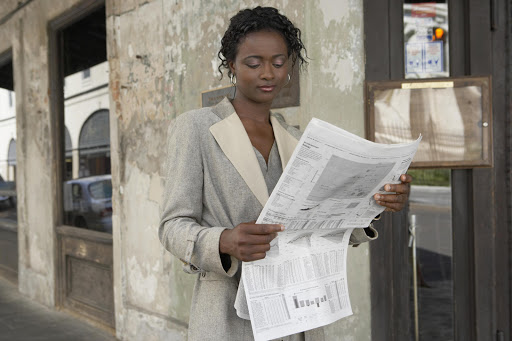 Slightly more South Africans had jobs in the formal sector in September than in June‚ and their average monthly pay grew by R27‚ Statistics SA reported on Monday morning.

The survey covers government jobs and those in nonagricultural businesses with annual turnovers above R300‚000.

Stats SA found the average pretax salary including bonuses and overtime was R18‚104 in August‚ a R27 improvement on May’s R18‚077.

The best-paying industry is “electricity‚ gas and water supply”‚ which in SA is dominated by Eskom. The average pretax salary including bonuses and overtime in August came to R37‚200‚ an increase of 4.5% from May’s R35‚609.

The worst-paying industry is trade‚ which Stats SA defines as wholesale and retail; repair of motor vehicles‚ motorcycles and personal and household goods; hotels and restaurants.

Average gross monthly pay including tips in this sector grew 1.9% to R12‚305 in September from R12‚076 in May‚ according to Stats SA’s survey.

What Stats SA terms “community service” — which covers mainly public servants — is the largest of the eight segments‚ accounting for 28% of SA’s formal employment.

The community‚ social and personal services industry reported an annual increase of 91‚000 employees‚ or 3.6% in September 2016 compared with September 2015‚ Stats SA said in its report

“This was mainly due to increases in employment in extra-budgetary institutions; universities and technikons; recreational‚ cultural and sporting activities; health and social work‚” Stats SA said.

Telkom’s staff cuts contributed to the transport‚ storage and communication industry reporting an annual shedding of 18‚000 employees‚ or 3.9%‚ over the year to end-September.

The decrease over the third quarter was 3‚000 jobs in the telecoms sector.

The manufacturing sector shed 23‚000 employees over the year.

Banks and retailers managed to offset these job losses.

The business services sector hired 22‚000 people‚ the trade sector 18‚000 and the construction sector 4‚000 people over the year.

Construction activity appears to be looking up‚ with 6‚000 building jobs added from the June to the September quarters. – TMG Digital/BusinessLIVE