Inside Sfiso Ncwane’s memorial: A day filled with touching tributes 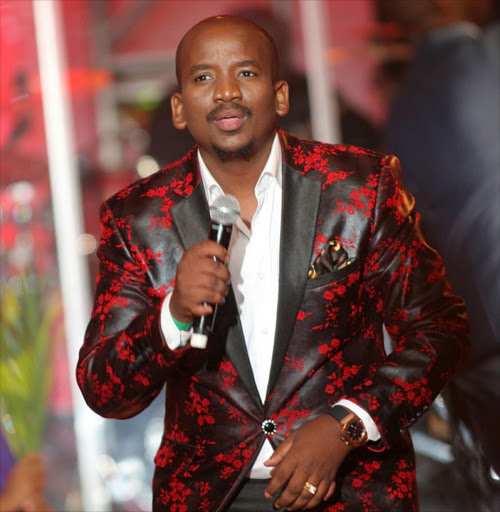 The gospel fraternity in its large numbers and gospel music lovers gathered at the Grace Bible Church in Soweto to bid farewell to Sfiso Ncwane on Friday.

The five-hour memorial service was a celebration of the 37- year-old gospel star‚ who will be laid to rest in his home town‚ KwaZulu-Natal on Saturday‚ 10 December.

The fitting celebration of the gospel icon’s life was filled with touching tributes from those close to him. From musical tributes to moving words – one thing was evident- Sfiso has left behind a lasting legacy.

Speaker after speaker‚ Sfiso was described as a humble family man who loved music as much as he loved his family.

The superstar’s media industry colleagues described their last moments with him as special moments they will treasure forever.

“The last time I saw Sfiso we were performing in Kimberley last Friday. On Saturday morning we had breakfast at the hotel we were talking and he was telling me about my song‚ and he said‚ ‘your song is too big I don’t want you to give it to anyone you must own your song and take it to downloads and caller tunes’‚” close friend Pastor Neyi Zimu said.

Neyi said Ncwane was a selfless person who shared his contacts and media knowledge with other artists.

The event was attended by industry giants such as Solly Mahlangu‚ Rebecca Malope‚ Benjamin Dube‚ Deborah Fraser and Neyi Zimu amongst others.

Gospel star Vicky Vilakazi said when she saw Ncwane at the recent Crown Gospel awards‚ he did not look unwell.

“I am fine but I am sill trying to accept it. It’s easy to accept it when you have seen a person going frail.... I wish I could just go back to that breakfast moment and say goodbye‚” Vicky said.

Friend and fellow gospel singer Deborah Fraser expressed her pain. “It’s very painful because Sfiso still had a long way to go in his career and life‚” she said.

Deborah added that Ayanda should be strong and follow the message Sfiso left in his songs.

There was not a dry eye in the church when a love letter to Sfiso by his wife‚ Ayanda was read out.

“The abundant love and amount of respect and honour you gave me as a wife is beyond. I didn’t know what you meant when you said‚ ‘I need you to be strong and ready because I am about to go away on a world tour now that I am not afraid of flying anymore‚’” the letter read.

Sfiso who died on Monday after suffering from a kidney failure will be laid to rest on Saturday‚ 10 December at Heroes Acre Cemetery‚ following a funeral at Moses Mabhida Stadium in Durban.