Rainbow Nation did not exist 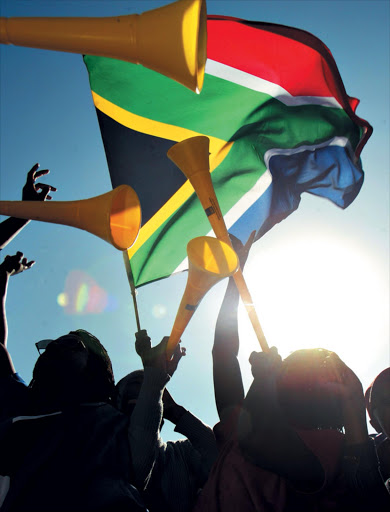 Racism is irreversible and cant be forgotten, but it can be curbed.

These were some of the remarks emphasised by guests at the Sowetan Dialogues at the University of South Africa, last night.

Under the theme "What could be done to prevent the total collapse of race relation in South Africa?", speakers expressed how one of the biggest threats to the country impacted on everyone's lives, particularly blacks.

Zondi said what will happen when race collapses, the country will become normal again. It will become who South Africa is.

"With passage of time, pain of one will go away. Playing the race card, is just a game because we have arrived. The very foundations of the modern world in general, is that SA is implicated in racism at its core."

Oakley-Smith said she always winked of the term Rainbow Nation, and to her view, it never happened.

She said it was a dream that never was, and that racism continues unabated and that the dirty topics by some whites about other races are revealing themselves in the public domain.

Oakley-Smith added that whites live large in privileges while blacks live landless and in poverty.

Fikeni said he did not think that racism was reversible but that it could only be achieved by not taking short cuts.

"We have a paradox. Basically a racist country without racists is difficult. We were promised the Sunset Clause to last for five years but, the sun has refused to set. The liberation was too strong to be defeated and too weak to win. We were given a crown but white folks remain with the jewels. We carry this crown in parliament while they carry jewels in Sandton," he said.