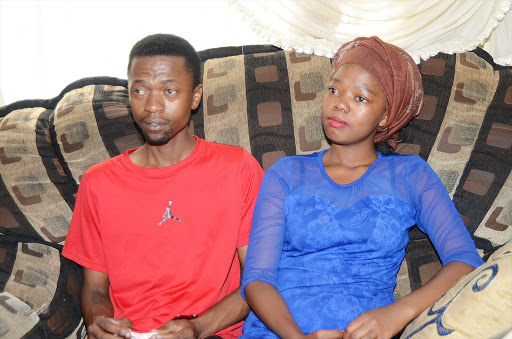 November 29 2016 Mmathabo Mokgalaka, 20, and Tshepo Mokgalaka, 25 are speaking about their grief after loosing a 13 year old brother who was mistakenly shot by a friend who later turned the gun on himself and took his own life. PHOTO: Mduduzi Ndzingi

An Ekurhuleni mother could be charged under the Firearms Control Act after her 17-year-old son shot and killed a friend using his late father's firearm.

According to Gun Free South Africa , when a person dies the gun becomes state property.

Spokeswoman Adele Kirsten said: "No one can possess a gun except for its licence holder. When someone holds the licence, they are responsible for the safekeeping and use of the gun.

"Under the law, the mother could be charged with possession of illegal firearm even though the gun belonged to her husband. She should have handed it in to the state [after his death]."

Distraught Kgomotso Chauke of Xubeni Section in Tembisa yesterday said the gun was kept in a safe behind the wall unit.

"My husband died in 2013. The gun belonged to him. My son was not at home when I put the gun in the safe," Chauke said.

"I hid the safe key in the wardrobe. I do not know how he found it or how he knew where the safe was."

Her son Khaya Chauke, 17, shot and killed his 13-year-old friend Moffat Kgotso Mokgalaka in what the family believes was an accident.

"He must have been showing off the gun and it went off by mistake. The friend was sitting on the couch. The bullet hit him in the chest, went through his body, the couch and hit the wall," said Khaya's grandfather July Mabuya.

After the shooting, Khaya allegedly screamed for help and also ran to the neighbours to ask them to call an ambulance. Apparently, they thought he was joking.

It is alleged that on realising that Kgotso was dead, Khaya shot himself once in the head outside the house.

The schoolboys from different local high schools died at the scene.

Captain Manyadza Ralidzivha said people must report to the police immediately when a licence holder dies, so that we can come and collect the firearm.