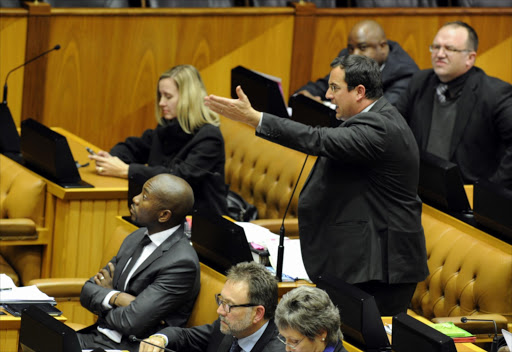 The Democratic Alliance (DA) walked out of a joint sitting of Parliament to debate the 16 Days of Activism campaign on Tuesday.

DA MP Denise Robinson referred to President Jacob Zuma as “JZ 783”‚ referencing the charges against him but refused to withdraw the statement after the African National Congress complained that it was derogatory.

Speaker Baleka Mbete ruled that if she did not withdraw the statement‚ she would have to leave the podium and the house.

Mbete refused to listen to a point of order from DA chief whip John Steenhuisen and the party staged a walkout.

Steenhuisen said‚ before parting‚ that the ruling was wrong and the party would challenge it in court.