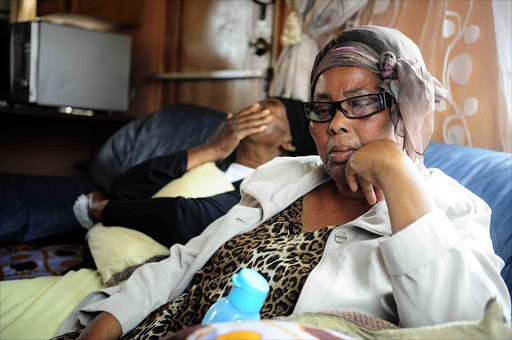 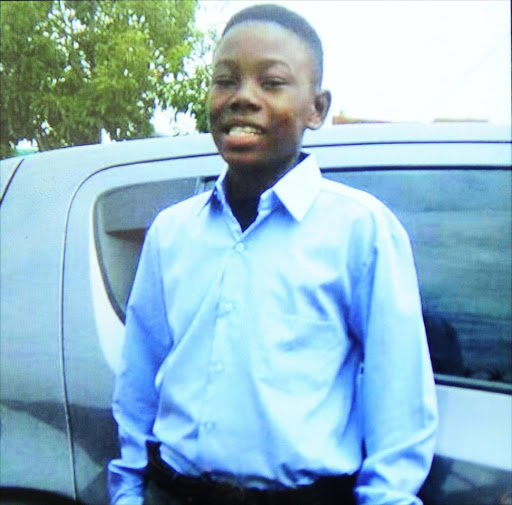 A family whose 14-year-old son died in hospital yesterday after he was stabbed just outside his school blames the school for his death.

Thato Mabula was a Grade 8 pupil at Fusion Secondary School in Lotus Garden, west of Pretoria, when he was allegedly stabbed by another pupil last week.

Mabula was attacked allegedly after a fight over a school bag. He died yesterday at Kalafong Hospital's intensive care unit where he had been since November 15.

Thato's grandmother Matshidiso Maredi, 59, said he was stabbed in the chest.

Maredi said the school could have prevented Thato's death. She said he was allegedly involved in a fight with his attacker a few days before the stabbing incident.

"He came home with a bite mark on his cheek . He said he had fought with another boy who had stolen his school bag, but he said he had managed to get it back."

Maredi said the matter was said to have been resolved by teachers.

"Pupils at the school told me the boy came to school armed with a knife and a screwdriver a week later. He waited until after they had finished writing an exam then he followed Thato to an eatery next to the school.

"He allegedly started pulling him but Thato would not fight."

Maredi said the boy allegedly then stabbed him.

"A friend of Thato stopped a taxi and he was rushed to hospital. I reported the incident to the school. One of the teachers said the boy was a troublemaker who was had once been caught smoking drugs at the school. He had allegedly threatened to stab another child before," Maredi said.

She said the school was aware that the suspected killer was a danger to other pupils.

"I am not happy with the school. What did they do to ensure that the boy does not hurt others because they have his record?" Maredi asked.

She also complained that the school did not show any compassion to the family.

"The school never contacted us. They never checked on Thato in hospital or contacted us for an update. We expected them to support us because Thato was a pupil at their school. He died in his uniform. I am very disappointed in them," she said.

Maredi, who had been living with Thato, said the principal only visited the family on Friday after they had reported her to the district office. When Sowetan asked the school for a comment yesterday, they referred all queries to the department of education.

Maredi said Thato was a sweet boy who "never left the house without informing me. He loved clothes too. He always asked me to take photos of him when he was wearing something nice. He also liked jokes."

Thato's grandfather Lucas Maredi said he was disappointed that the other boy's family had not come to visit them.

"They could have come or sent someone to ask for forgiveness on their behalf," Maredi said.

Gauteng department of education acting spokesman Oupa Bodibe said the matter was now with the police.

He said preliminary investigations showed that the incident happened outside the school premises.

"Both learners were on their way home after they wrote their exams. The matter is now under police investigation and we appeal to everyone who witnessed the incident to fully cooperate with the investigation," he said.

Bodibe said the department would provide counselling to pupils and teachers affected by the incident.

"As a department, we would like to extend our deepest condolences to the family of the deceased learner and the entire school community of Fusion Secondary School."

"A 14-year-old suspect has appeared in court and was released into his parents' custody."