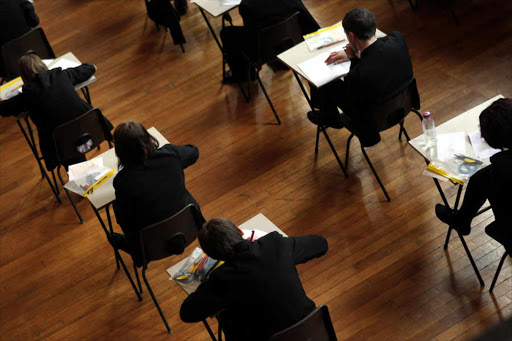 The Hawks and Department of Basic Education have made a breakthrough in the matric exams paper leak in Limpopo.

This after a 52-year-old man handed himself at the Giyani police station over the mathematics paper 2 leak which was uncovered at Giyani High School on October 31.

The Hawks and department said as investigations continued, they were hoping to make a full determination of the extent of the leak by Friday and warned that drastic measures would be taken.

"By Friday the full extent of the leak will be determined and those who have been implicated in this scandal will be notified and will have to rewrite the mathematics paper 2 examination.

"It must be made clear that there is no need for learners to panic as it is only those who have been found with access to the paper who will have to rewrite as the initial investigation indicates that the leak was contained among a small group of learners," read a joint statement sent last night.

Last week, Sowetan reported that the mathematics paper 2 examination scripts from all schools at Mopani district would be quarantined after the question paper was leaked to pupils.

"The department has established that learners in a few schools in the Mopani district have had access to the leaked mathematics paper before the paper was written," the department said at the time.

The statement further stated that although investigations led police to Gauteng, the origins of the lead were traced back to Limpopo.

"The speedy work of the Hawks in this case is extremely commendable and demonstrates the seriousness of this crime that seeks to undermine the integrity of an examination process that affects the lives and futures of over seven hundred thousand young people," read the statement.

The man is expected to appear in the Giyani Magistrate's Court on charges including theft.

Limpopo is notorious for paper leaks. Last year, the province's Vhembe district was involved in a cheating scandal after life sciences question papers were leaked to pupils.

At least two pupils were fingered to have been involved in the leak.

The department is yet to conclude an investigation into the 2014 group cheating scandal in 57 schools in KwaZulu-Natal and the Eastern Cape.

More than 100 pupils from Mashiyamahle High School in Ndwedwe, northern KwaZulu-Natal are still awaiting their results and have denied cheating.

They took the department to court and the matter has not been finalised.