5 Things we're going to miss about the Obamas 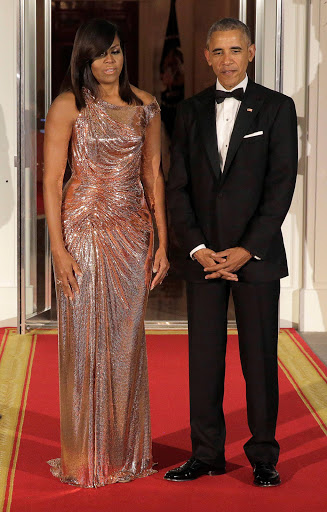 As the world waits with baited breath to find out who the next president of the United States of America will be‚ we decided to take this opportunity to remember Barack‚ Michelle‚ Sasha as well as Malia Obama. As much as we’re in South Africa and everything‚ a part of us is not quite prepared to handle a White House without them.

There aren’t many lauds we can level at the first lady that haven’t already been said. She’s a living icon — not only does she often unlock new levels‚ she also dabbles in breaking the internet every once in a while‚ and is also an aspiration — perhaps the aspiration. Also‚ have you heard her spit serious bars? As her husband started to wrap up his presidency‚ Michelle Obama recently did some rapping of her own‚ and boy can she get her freak on.

One of the more underrated parts of the Obama era is how rappers have regularly incorporated President Barack Obama’s unique-sounding last name in their rhymes. And can you blame them? Obama rhymes with so many things: Osama. A llama. Yo mama. Botswana. Benihana. Rihanna. No drama... it’s a field day here.

What’s not to miss about Obama’s willingness to break into song?  From Jay Z to Amazing Grace‚ when POTUS croons‚ the whole world swoons.

For his last summer in office‚ he released a more eclectic‚ more interesting‚ and more seductive set of musical selection for his official 2016 summer playlist‚ which runs the gamut from dance-inducing classics such as Prince’s U Got the Look and the Beach Boy’s Good Vibrations to the most recent party hits like Jidenna’s Classic Man and Chance the Rapper’s Acid Rain.

Barack’s witty rebuttals are everything! He deals with haters like a boss. During his State of the Union address‚ he said that he had no more campaigns to run‚ which drew applause from the republicans in the audience. But the American president was quick to reply with the ultimate political mic drop when he said: “I know‚ because I won both of them.”

We hate to resort to the first lady clothing cliché‚ but it’s true. We’re pretty sure Michelle makes a number of women want to wear dresses. And lift weights (those arms!).