Five excuses Zuma could give for sleeping during Gordhan's speech 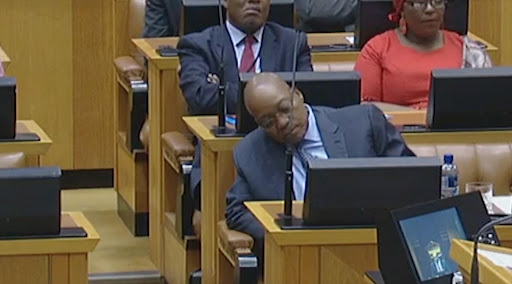 The key takeaway from Gordhan and Treasury officials was that everything possible must be done to rebuild confidence in SA in order to bolster fixed investment on which growth depends. This includes staying awake.

President Jacob Zuma has repeatedly come under fire for fiddling while the economy burns. And then he falls asleep.

Here are five excuses Zuma could give for sleeping during Gordhan’s speech:

2. My ear was itchy‚ I was rubbing it on my shoulder.

3. I was trying to listen to what Jackson Mthembu was muttering under his breath behind me.

4. I concentrate better when my eyes are closed.

5. Sleep is just an alternative state of consciousness.