Julius Malema and wife welcome baby Munzhedzi to the world 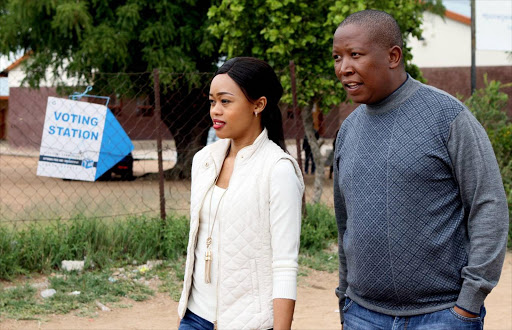 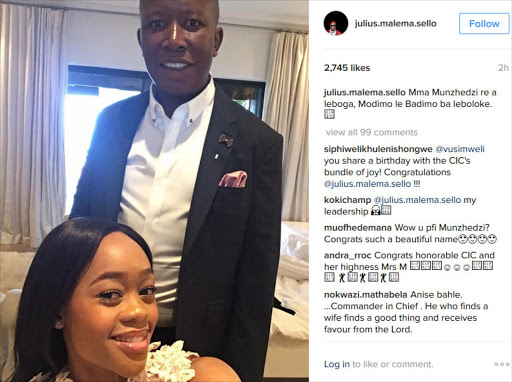 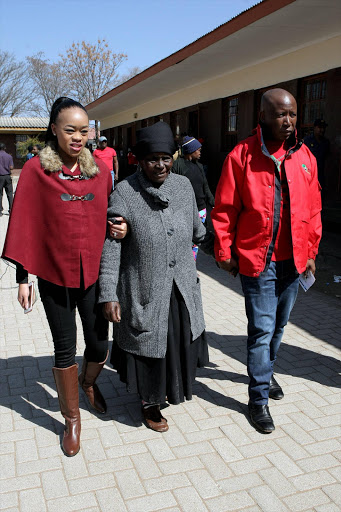 Malema let the cat out of the bag when he posted a picture of him and Mantwa on Friday morning with a caption that read: “Mma Munzhedzi re a leboga‚ Modimo le Badimo ba leboloke“‚ which‚ loosely translated‚ is “Munzhedzi’s mother we thank you‚ May god and the gods protect you”.

TMG Digital understands that Munzhedzi — a Venda name which means a self-starter or leader — is the name given to the child.

“I have been struggling to say that name‚ but I don’t want to say anything. You should call him yourself‚” EFF commissar Godrich Gardee told TMG Digital.

A giggly EFF national chairperson Dali Mpofu said: “You want to get me into trouble here. I don’t know anything‚ it’s best if you call him.”

Acting EFF spokesperson Fana Mokoena said: “It’s a bit of an uncomfortable space because they are a very private family so we would not like to say too much. He will have to speak about this himself.”

The first couple of the EFF tied the knot in Decemeber 2014 at a luxurious private ceremony in Malema’s home town of Seshego.