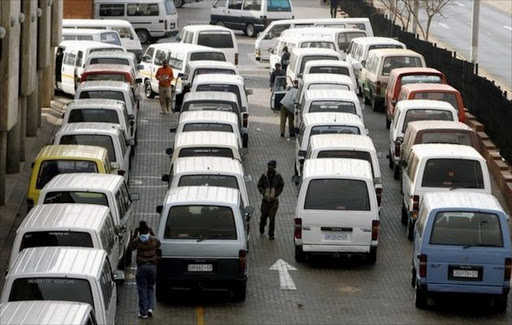 As the fight for free decolonized education continues‚ the Fees Must Fall leaders have called on the taxi industry to engage in a national shut down.

Speaking after a mass meeting of students at the University of the Witwatersrand on Wednesday‚ Wits #FeesMustFall leader Busisiwe Seabe said they had approached the South African National Taxi Council (Santaco) to join forces with leaders‚ parents‚ workers and students from across the country to call for free decolonised quality education.

“What you saw in the CBD yesterday through the taxi associations’ shutdown of the CBD is a demonstration of how we are getting civil society to join us at the picket lines.

“We will shut down this country sector by sector if and when needs be. We spoke to Santaco yesterday and we asked them to join us along with other civil society to intensify our struggle for free decolonized quality education‚” said Seabe.

“Apart from lobbying the taxi industry‚ we are also calling on other different constituencies around the country to join us. We saw what they could do on a ‘normal’ Tuesday‚ now we are also speaking to certain trade unions of which Zwelinzima Vavi is currently facilitating‚” added Seabe.

Last month‚ Wits students marched to the headquarters of the trade union federation Cosatu to hand over a memorandum calling for support for the nationwide #FeesMustFall protests.

So far‚ Cosatu is the only labour organisation to publicly declare support for the students’ plea to government.

On receiving the memorandum‚ Cosatu General Secretary Bheki Ntshalintshali said they stood with the students.

“We are working with the students; we don’t want to take a decision without their involvement. We will be meeting with their leadership and thereafter we will be able to communicate and indicate exactly in practical terms where we stand on these issues‚” he said at the time.

Seabe said she would give details of when they would make the country “ungovernable” in due time.