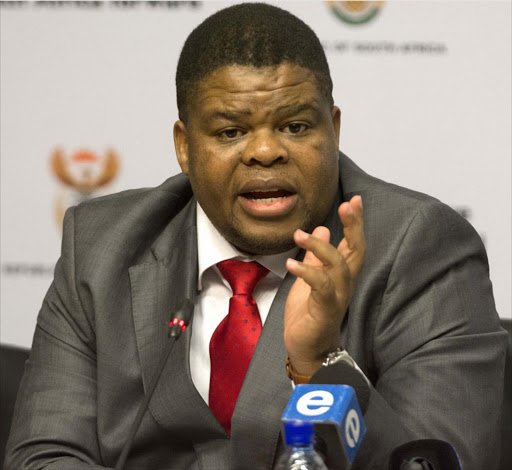 The office of State Security Minister David Mahlobo still refuses to answer questions on whether he was present in the motorcade involved in a fatal accident last year.

It emerged that the case involving an intelligence officer in his security detail has been dragging on for more than nine months.

Police Minister Nathi Nhleko's office confirmed it was only recently that the docket was handed to the National Prosecuting Authority for a decision.

On December 23, one of the cars in Mahlobo's convoy was involved in a head-on collision in Mpumalanga in which a man died.

At the time Mahlobo's office confirmed the crash but avoided answering questions whether the minister was present.

Even yesterday State Security Agency spokesman Brian Dube sidestepped the question. "We indicated that while the matter is under investigation we will not answer various questions from the media relating to it safe to say we are cooperating with those leading an investigation," he said.

In a parliamentary reply posted last month, Nhleko said there had been toing and froing between Lothair police station and the NPA.

Nhleko said the case docket was received back by police in July with "certain requests" and a forensic report requested was submitted on August 26.