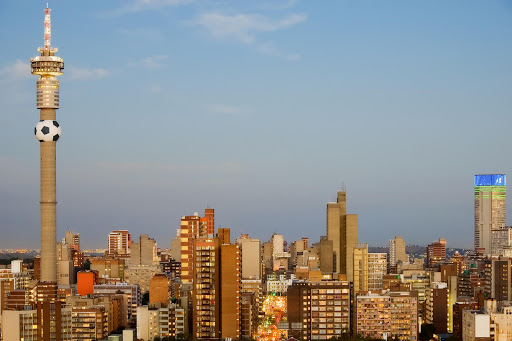 Johannesburg’s executive mayor Herman Mashaba plans to take drastic measures to restore law and order in the inner city – and tax-dodging businesses will have nowhere to hide.

Among Mashaba proposals is the establishment of a new unit within the Johannesburg Metro Police Department (JMPD) that will ensure that all businesses in the city centre are registered and paying tax.

“One of the things I will put to council is to make sure that there is special JMPD force that ensures that everyone operating in our city is a registered business and they pay tax‚” he told TMG Digital.

“South Africa cannot be a banana republic. We have to turn this country into a country that has the rule of law. If we do that we cannot allow people to run business that are not registered in our city and get away with it.”

Mashaba also wants the city to be clawed back from criminals who are seemingly running the show.

His predecessor‚ Parks Tau‚ tried to get the inner city revived but his administration could not win all of these battles.

To succeed with the supreme plan for the CBD‚ Mashaba needs buy-ins from civil society‚ the business community and law firms.

Mashaba met 100 property developers and owners two weeks ago to present his vision to revive the inner city‚ and is meeting another group of property owners on Friday. He has also scheduled meetings between himself‚ the city’s legal department and top lawyers in the country to deal with litigation the city is likely to encounter in its path.

“The whole idea is to do whatever it takes to revive the city. If you look at the City of Johanneburg‚ by international standards‚ it is relatively new‚” said Mashaba.

Over the past 15 years‚ the inner city has lost its spark and many buildings have been hijacked by criminals and turned into havens for prostitution and drug abuse.

Mashaba wants the private sector to invest in the inner city and create clean living spaces‚ which will encourage businesses to return.

“What we want them to do is to build low-cost housing. They have the balance sheet and the expertise to be able to come up with high-rise buildings to accommodate our people.

“The infrastructure is already there. You have roads and electricity. I do not need massive investment. What I need is to be a government that can be a facilitator in making sure that we have access to these hijacked buildings. We want access to these buildings and to get criminals out.”

He added: “This inner-city revival for me is a key priority of my government for the next five years‚ without turning Johannesburg into a construction site. The economy of this country is not going to grow.”

The changes are aimed at achieving economic growth of 5%‚ which will in turn create much-needed jobs.

“I have said that‚ by 2021‚ if unemployment is still over 20%‚ I would have failed the people of Johannesburg. Please don’t vote me back.”

Mashaba is well prepared for any resistance to his proposed changes but is unwavering about his plan.

“I am not doing this because I’m heartless … but at the same time there is no way that anyone would expect me to allow criminals to hijack my country.”

Mashaba said‚ unlike his predecessor who spent money on developing a “World Class African City”‚ he would spend money on a campaign educating the public about claiming the city back.

He believes that when developers come back to town‚ jobs will be created and some of the people trading on the streets of Johannesburg will get opportunities to be trained as plumbers‚ carpenters and bricklayers‚ which will reduce the amount of informal traders on the streets. He admits that this would have an impact on some groups.

To address the backlog on title deeds‚ Mashaba has secured a 60-day target for the city’s housing department to deliver these documents to homeowners.

He lashed out at the previous African National Congress (ANC) administration for using tactics that kept black communities poor.

While Mashaba will be taking care of the city centre‚ he believes Sandton‚ Rosebank and Waterfall can take care of themselves.

“If you want to build in Sandton‚ don’t even tell me‚ but I won’t block you. My priority is the inner city.”

He also called on developers to slow down in these business nodes.

“I am saying to the developers in Sandton‚ guys‚ slow down. Don’t blame me. I can tell you that the rentals we are going to charge here [in the city centre] are going to be less than 50% of what you are paying in Sandton. Sandton [office space] vacancy rate is going to be high‚ if you continue building at this rate.”

Mashaba’s administration would make sure that those who want to invest in the city centre are incentivised and a person has been appointed in his office manage this. – TMG Digital