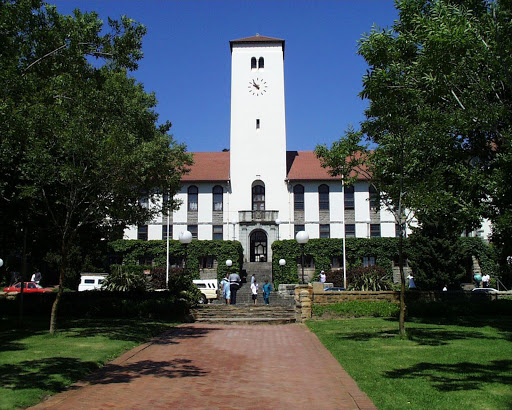 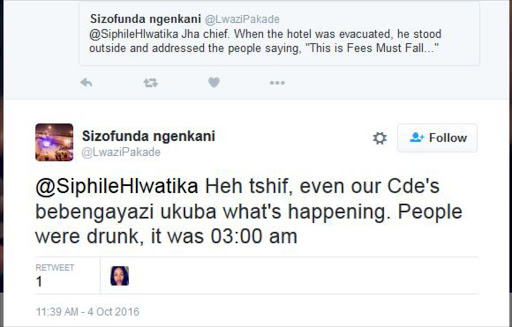 Rhodes University’s Student Representive Council president Gift Sandi was arrested for attempted arson overnight‚ but it’s not what you may think.

His arrest was disclosed by student publication Activate‚ which stated that he had legal representation and that the arrest was in Pretoria. The Heher fees commission was sitting in Irene‚ Tshwane‚ on Monday.

Lest you think the arrest was linked to campus protest action‚ however‚ it’s emerged on Twitter that Sandi may just have lost the plot after some partying with fellow student comrades.

“Our comrades were with him. It happened in the hotel and everyone had to be evacuated due to the small fire he created.”

“When the hotel was evacuated‚ he stood outside and addressed the people saying‚ ‘This is Fees Must Fall...’“

People were drunk‚ as it was 3am‚ he shared.

The Rhodes SRC issued a statement on Tuesday saying it had confirmed that Sandi had been assisted with legal representation and that he had been seen by the vice-chancellor Sizwe Mabizela.

He was released without charge and did not have to appear in court‚ the SRC said.

The SRC also advised the student body that the circumstances of the arrest had not been confirmed.

“We are waiting until Mr Sandi returns and to hear his side of the story‚” adding “...rumours surrounding his arrest are hearsay evidence“.