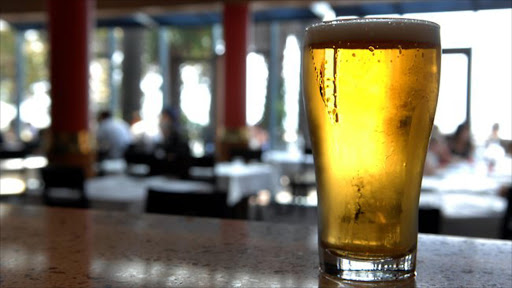 Soon you may have to be 21 or older to buy or consume alcohol.

Advertising restriction, that may see alcohol being advertised only between 10pm and midnight, were also on the cards.

"... The national minimum legal age at which alcohol can be purchased and consumed should be raised from 18 to 21 years. This is aimed at delaying the introduction of liquor consumption by youths.

"Research shows that teenage drinking is on the increase and that the younger people start drinking, the more likely that they will experience problems from heavy drinking at a later stage," the bill reads in part.

In the government gazette published on Friday, Davies invited the public to comment on the draft Liquor Amendment Bill.

It stated that adolescence was a period when the teenage brain undergoes important developments.

"This period of brain development continues until most people reach the age of 25. Consequently, exposing adolescent brain to alcohol during this period may impair neurological development causing youth to make irresponsible decisions, encounter memory lapse, or process and send neural impulses more slowly," the bill reads. It will also seek to regulate accessibility of alcohol at public events or any liquor outlet.

"Contravening the age limit rule should also attract strict liability and is a criminal offence," states the bill.

Furthermore, Section 9, that deals with advertising restrictions, will be amended to empower Davies to determine more restrictions and parameters for advertising and marketing of liquor products.

"... For example, all broadcast television channels should advertise at night from 10pm to 6am; remove content appealing to youth in alcohol advertising, such as using of sport stars, models, etc. [and the] branding of liquor premises and delivery trucks and/or cars should be prohibited; and counter-advertisement which identifies the harmful effects of liquor abuse, for example, car crashes and victims, ailments caused by liquor, family violence and other social ills."

Barring the selling of alcohol to already intoxicated persons;

Regulate days and hours when liquor sales should be permitted; and

Liquor premises should be located at least 500m away from schools, places for worship; recreation facilities, rehabilitation or treatment centres, residential areas and public institutions.

"Consequently, non-compliance in existing liquor premises may result in a hefty penalties, suspension and/ or revocation of the registration or licence," reads the bill.

"We are also the highest with regards to the Foetal Alcohol Syndrome in the world," Davies said, adding that the state spends about R3.7-billion per annum on problems related to alcohol abuse.